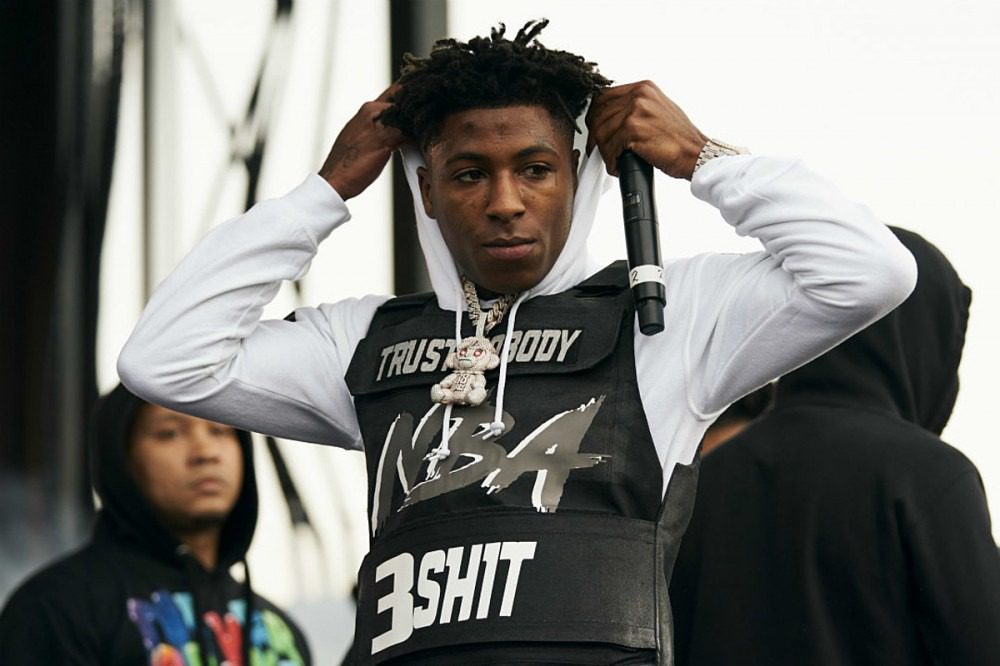 During an episode of Hollywood Unlocked with Jason Lee: Uncensored, which surfaced online and premiered on Fox Soul on Friday (Oct. 30), the retired champion boxer spoke on NBA YoungBoy referring to him as a "bitch ass daddy" back in April. The comments came after his daughter, Iyanna Mayweather, was released on bail after allegedly stabbing the mother of the rapper's son. The two were dating at the time and are currently expecting a child together, which Mayweather also confirmed during the interview.

"I don't know his name, but he asked Mayweather how he feel about Kentrell calling him something," NBA's mom said on Instagram Live. "I don't know what he was talking about, but he gon’ say it starts at home. But when I heard that, I really ain’t pay no attention to it. Any grown person knows you can raise your children to be the best children they want but they gon’ say what they want. They gon’ do what they want. If Kentrell wanted to say he was a bitch ass daddy, that’s probably how Kentrell felt at that time."

YoungBoy Never Broke Again's mom then advised Mayweather not to point the finger at her for the things her son said about him. "Don’t blame me for what Kentrell told him," she adds. "So if he said it, there must be—I don’t, I don’t like that shit. Don’t talk about me. Don’t put my name in your mouth. You don’t know me, Mister. You don’t know me at all."

#PressPlay: #NBAYoungBoy’s mom had something to say after #FloydMayweather responded to #NBAYoungBoy calling him a ‘b***h a** daddy’ when he referenced him in the now infamous ‘MY WIFE?!’ video (SWIPE)—(📹: @hollywoodunlocked, @foxsoul)

NBA YoungBoy's mother hopped on IG Live to address Mayweather after he suggested on Hollywood Unlocked that the rapper's comments about him are a reflection of how he was raised.

"Well, my thing is this: it has to do with your upbringing. It starts in the home first," Mayweather said. "What I’ve always taught my daughter is this: always be respectful when you’re going to anyone’s home. And whatever goes on in your home, don’t talk about it to the world. As far as NBA…I look at NBA YoungBoy as a child. I can’t get upset with a kid like that.” He added, "It could’ve been one of those days for him."

YoungBoy Never Broke Again referred to Floyd Mayweather as Iyanna's "bitch ass daddy" in a rant, in which he was actually responding to Kodak Black claiming NBA cooperated with police when Iyanna was arrested for the stabbing incident at his home in Houston earlier this year. She was charged with second degree aggravated assault. The charge carries a sentence of two to 20 years in prison.