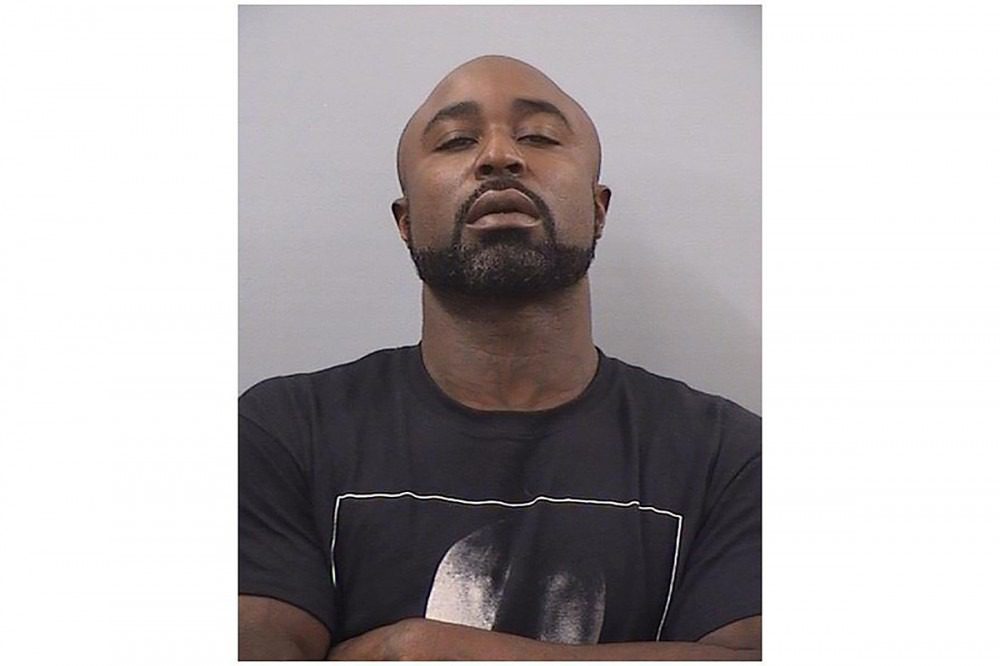 Young Buck has been arrested in his home state of Tennessee.

According to an arrest affidavit obtained by XXL on Friday (Oct. 23), Buck, whose real name is David Darnell Brown, was arrested on Thursday (Oct. 22) in Sumner County, Tenn. on charges of domestic assault, vandalism over $10,000 and felon in possession of a firearm. His bond was set for $60,000 and he is due in court on Nov. 4.

The former G-Unit Records rapper's arrest is in connection with his girlfriend Lucresia Neal's arrest on Tuesday (Oct. 20) for reckless endangerment with a deadly weapon. Neal fired gunshots at Buck's car following a domestic dispute, which is what her charge stems from. The documents state that she received the charge because "the area Ms. Neal fired the gun was outside in the neighborhood and the houses are close together and heavily populated."

The affidavit says that the couple got into an argument over social media passwords. Following the dispute, Neal went to pack a bag because she felt the 39-year-old rhymer was going to become upset. She walked outside of their Hendersonville, Tenn. home through the garage to get outside. Young Buck followed, going into the garage as well. The document states that Buck began yelling at his girlfriend. After Buck went back into the house, Neal went to open the front door hoping that Buck would think she called the police.

Neal says she was standing by the front door when Young Buck entered their home's foyer. The rapper flipped over a large glass table and grabbed his girlfriend by her jacket, attempting to throw her to the ground. Neal was able to escape and retrieved her gun from her gun safe.

Shortly after, Buck came running towards her in the bedroom, but went back to the garage once he saw the gun. The document says she could then hear him kicking the wall in the garage. Neal was at the top step while Young Buck was at the bottom, then he began to approach her aggressively. Afterwards, she fired the gun into the ground at the top of the steps.

Buck yelled at Neal, telling her to shoot him, before getting into his truck. She then goes to the garage to see if the rapper had left and when she stepped out to look, he began revving his truck and drove it towards her. Neal says she fired shots at the truck, but didn't think she hit anything. Nor was she trying to harm Young Buck. Buck left the home before police arrived.

According to the police documents, officers received a call of shots fired at a black truck with large rims by a woman wearing long braids. The woman being Neal. She did not initially cooperate with law enforcement and would not fully identify Young Buck. It wasn't until police informed her that there was video footage from a neighbor's security camera—which captured the incident and identified her—that she agreed to speak with police.

As for Young Buck's vandalism charge, the affidavit says that he is responsible for two televisions that were damaged in the house. Additionally, the document states, "Paint had been thrown all over the master bedroom and in the living room and front foyer area. The table in the front foyer had been flipped over and numerous pieces of crystal and glass were broken in the process."

Buck received the felony in possession of a firearm charge because firearms were located at the residence where the incident took place. Young Buck is a convicted felon and cannot possess a firearm. According to the police document, he was hit with the charge because he could have had access to the guns that were at the home, which has the same address of his drivers license.

This isn't Young Buck's first run-in with the law. He was arrested back in December for an outstanding warrant in Georgia related to a child abandonment charge. He was released in May.