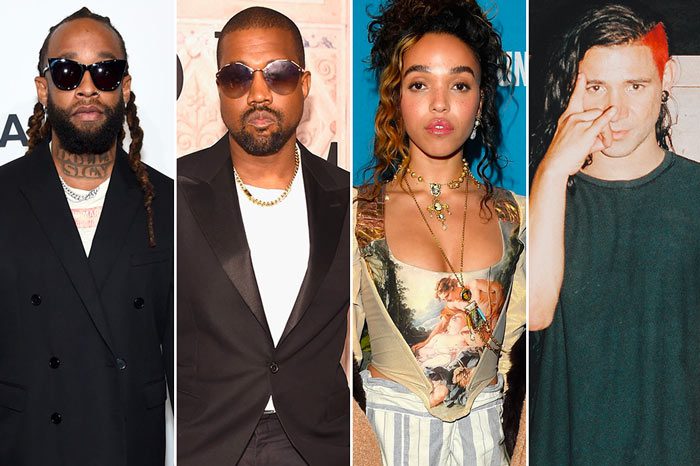 Over a house sample of Ralphi Rosario’s “You Used to Hold Me,” reminiscent of Kanye’s “Fade,” Ty shares his heartbreak. “It hurt my ego when you walked away / Gave you my heart, that wouldn’t make you stay,” he sings.

Kanye gets back to his old ways on his explosive verse on which he criticizes performative activism (“All these halfway movements need a whole lot improvement”) and the Grammys (“Showin’ up to the Grammys mad, tryna win something we already had”). He also boasts about his billionaire status (“Just hit a billi, he gone on ’em”) and the broken system (“One in four get locked up … To lower the count on our damn votes”).

Speaking with Apple Music, Ty said he was inspired after seeing a video of Ye walking through Chicago. “Then he was like, ‘Hold up. There’s a train going by.’ I thought that was so hard, just seeing him just walking through Chicago by himself,” he said. “So I sampled that part, and then I went out to Chicago to work on Yandhi with him. Then I played him the record, and he went crazy. Everybody in the room ran out, like, ‘Oh, shit.’ So he came back. He grabbed the little performance mic, and he started beatboxing and just freestyling and shit.”

Ty is now readying his third studio album, the follow-up to 2017’s Beach House 3. He recently previewed a new track with Nicki Minaj, which is rumored to be titled “Expen$ive,” as well as a collaboration with YG.

“My new album is done and it’s coming very soon,” said Ty. “Shout to my fans for being patient while I made sure it was perfect, it’s worth the wait…it’s my best work yet. I can’t wait for y’all to hear it!”