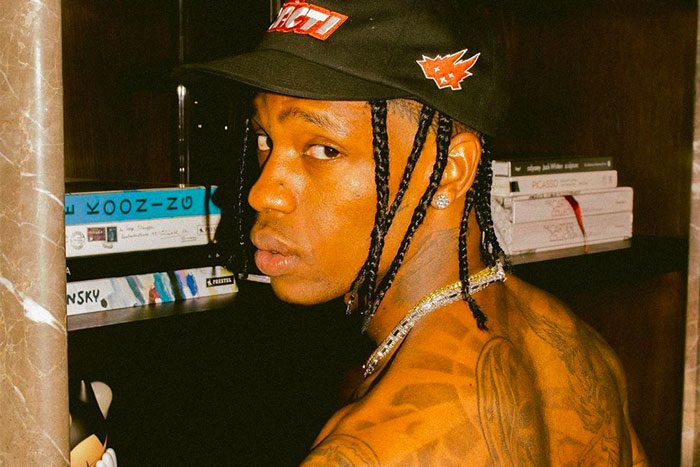 It’s lit. Travis Scott returned to the airwaves for a second season of .WAV Radio on Apple Music on Monday and he brought a slew of new music with him.

He started off by dropping two new tracks from Big Sean, “Zen” and the Hit-Boy-produced “Lithuania,” both featuring Travis, which could appear on Sean’s long-awaited album Detroit 2.

Chase B kept the vibes coming with new music from Don Toliver featuring Gunna called “Cafeteria” off Don and Chase B’s upcoming project Escapism. “I just want to feel good and music is the thing that helped me get there,” said Don of his decision to release during quarantine.


Travis dropped another bomb with “White Tee,” his collaboration with Young Thug, which was followed by Nav’s Wheezy-produced “Pickney,” Swae Lee’s “Scrooge,” and YBN Cordae’s “Parables.”


He capped off the premiere party with Justin Bieber’s remix to Jack Harlow’s “WHATS POPPIN,” which Bieber recently teased.

At the top of the show, Travis also addressed T-Pain’s claim that he fell asleep during their studio session. “At the end of the day, I’m blasted. I wasn’t sleep in the studio,” said Travis. “I don’t know if he thought I was asleep, I was blasted. That’s natural state.”

But there’s no love lost on either side. “I told y’all wasn’t no love lost. I was just tellin one of a million funny ass studio stories. Me and homie great,” T-Pain tweeted.

Travis Scott speaking about why he fell asleep during the studio session with T-Pain 😯 pic.twitter.com/cVjCC7arJj

I told y’all wasn’t no love lost. I was just tellin one of a million funny ass studio stories. Me and homie great.