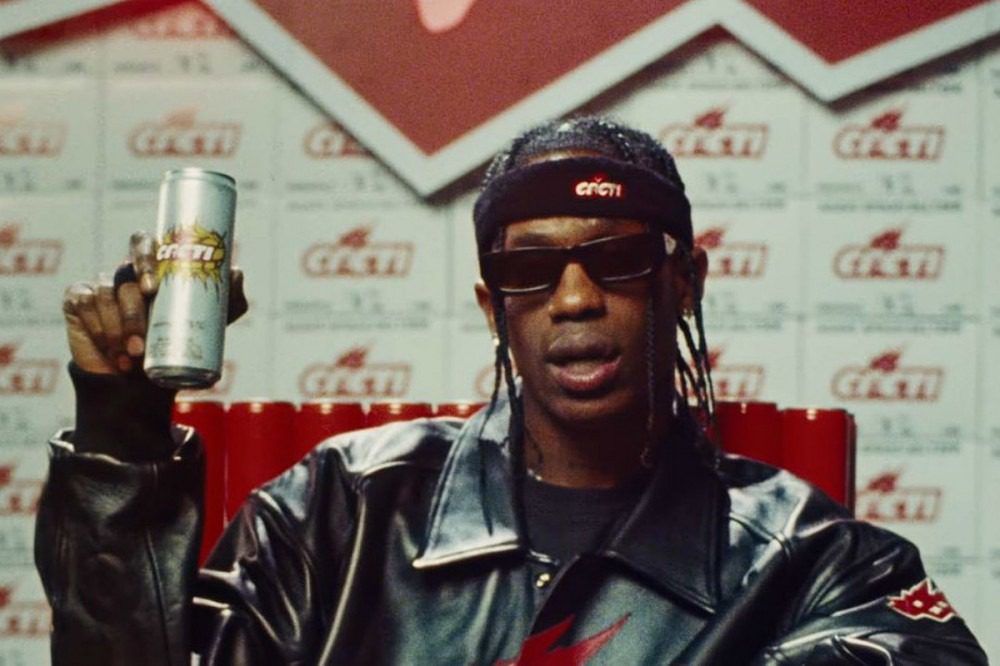 Reports surfaced online back in September that Travis Scott was diving into the beer industry. While La Flame won't be launching his own brew, it appears that he'll still be making his own alcoholic beverage.

Forbes magazine revealed on Monday (Nov. 30) that Scott is launching a hard seltzer with AB InBev, a multinational drink and brewing company based in Belgium that is also the world's largest brewer. According to the report, the beverage is called Cacti, which the rapper has been cryptically teasing for a couple of months.

While unconfirmed, the report claims that one of the flavors of the seltzers will likely be strawberry. It's described as "generally crisp" and "fruity." Once released, though, fans and alcohol consumers should expect the beverage to come in a series of flavors. "We’ve got other flavors,” Travis said. “Like lime. I was actually just trying it. I kinda like it."

Rewinding back to when Travis Scott was prepping to drop his song "Franchise" featuring M.I.A. and Young Thug at the end of September, he uploaded an image to Instagram promoting the single. The photo consisted of bottles of the Cacti drink alongside La Flame and his Cactus Jack team. There was also a billboard featuring the drink's logo in the background.

When the Texas native dropped the visual for "Franchise," there were dozens of cases of the drink conveniently placed in the video. He even tossed a bottle while rapping the bar "Cacti's not no ice tea."

The clip also shows that the drink is 7 percent alcohol by volume and will come in pineapple and lime, as previously mentioned. However, up until this recent unveiling of Cacti-related news, there haven't been any updates pertaining to the drink aside from confirming that it is a hard seltzer instead of a beer.

First it was the concert merchandise industry, then it was the video game industry, and now it looks like the alcoholic beverage industry needs to make way for Travis Scott.