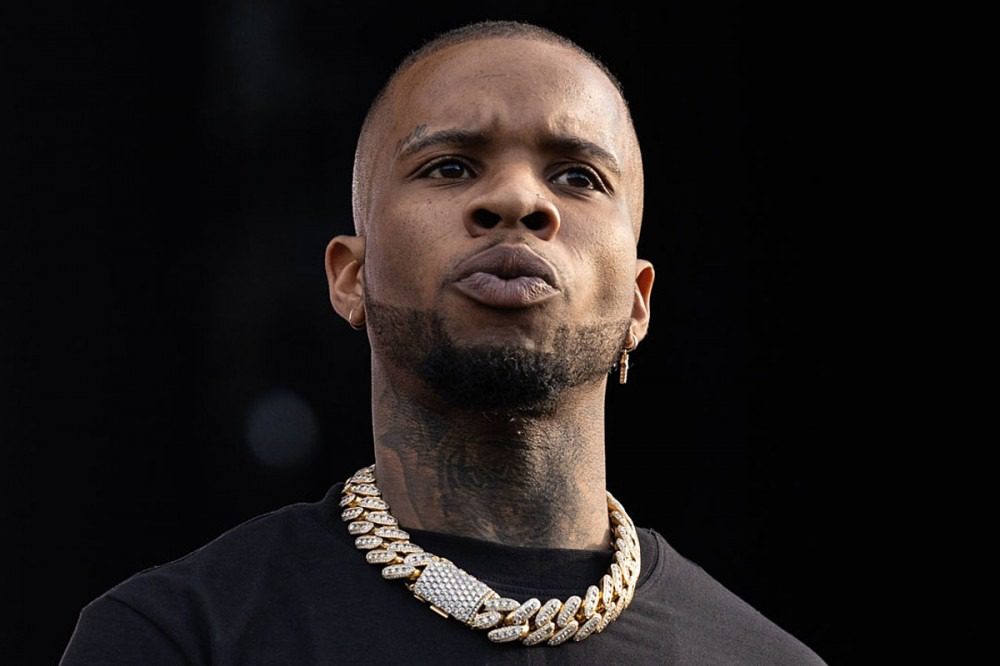 Tory Lanez has offered a statement via social media.

On Tuesday (Sept. 29), Tory posted a lengthy message on his Instagram Story, which he has since deleted. In the cryptic post, the Toronto artist appears to be sharing an affirmation.

"I don't move on social media's time," the Daystar rapper-singer wrote. "I move on Gods time. I don't operate in fear, I operate in FAITH. I don't bow down to the lies of man. I stick with the TRUTH of god. And for those reasons. It doesn't matter who rises against me in this hour and small season. BIG OR SMALL OBSTACLE …. I WILL PREVAIL and RISE to GREATNESS. As GOD SAID I WILL."

Tory Lanez's statement comes days after he released his surprise 17-song album, which addresses the July shooting incident involving Megan Thee Stallion as well as their rumored relationship. Shortly before the LP's arrival, Tory broke his silence for the first time in months, issuing an apology for not addressing the situation sooner. He also hinted that he'd be speaking out soon, putting people under the impression that he'd be sharing his side of the story via a livestream of some sort. However, he put his thoughts in his music.

After dropping off the album, Tory received criticism from social media users accusing him of acting in poor taste by making an album about the incident, which he can monetarily profit off of. He was also called out by Rick Ross for putting out the effort right after the Breonna Taylor decision was made, in which a Louisville, Ky. grand jury decided not to charge any of the three officers with her death after firing multiple shots into Taylor's home after entering her residence on a "no-knock" warrant, killing her.

Tory later explained in an Instagram post that he released the album on Sept. 25 because that is his mother's birthday and also the day she passed away.