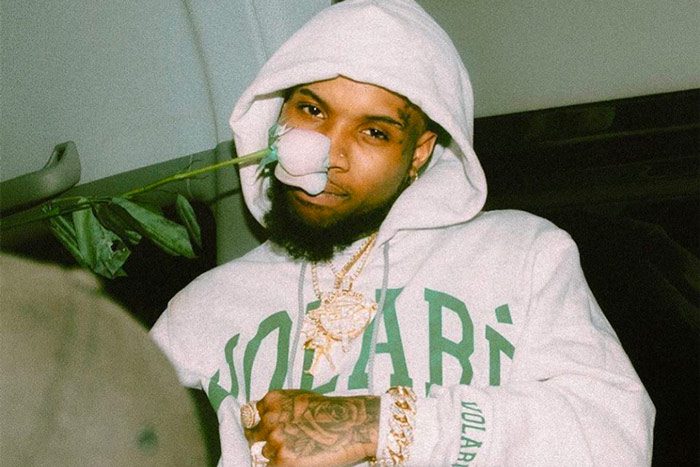 Only a month after releasing his album New Toronto 3, Tory Lanez unleashes his new single “Temperature Rising,” his first release since parting ways with Interscope and going independent.

On the sensual baby-making jam, the Toronto crooner turns up the heat and takes it to the bedroom. “Got my attention, undivided / I wanna love ya / Tonight, it’s a love-making affair,” he sings.

Tory is now readying three new projects including an ’80s-inspired album, an acoustic effort, and a Spanish album. “I told you I wasn’t gonna release none of my greatest music or none of my most timeless music until I was out the deal and I owned all my masters,” he told fans. “So now that I’m out, I own all my masters, I own all my publishing and everything, I got these three projects that I wanna release.”

Additionally, he can be heard on new albums from JoJo (“Comeback”) and Kehlani (“Can I”), as well as Lil Wayne’s forthcoming Funeral deluxe edition.