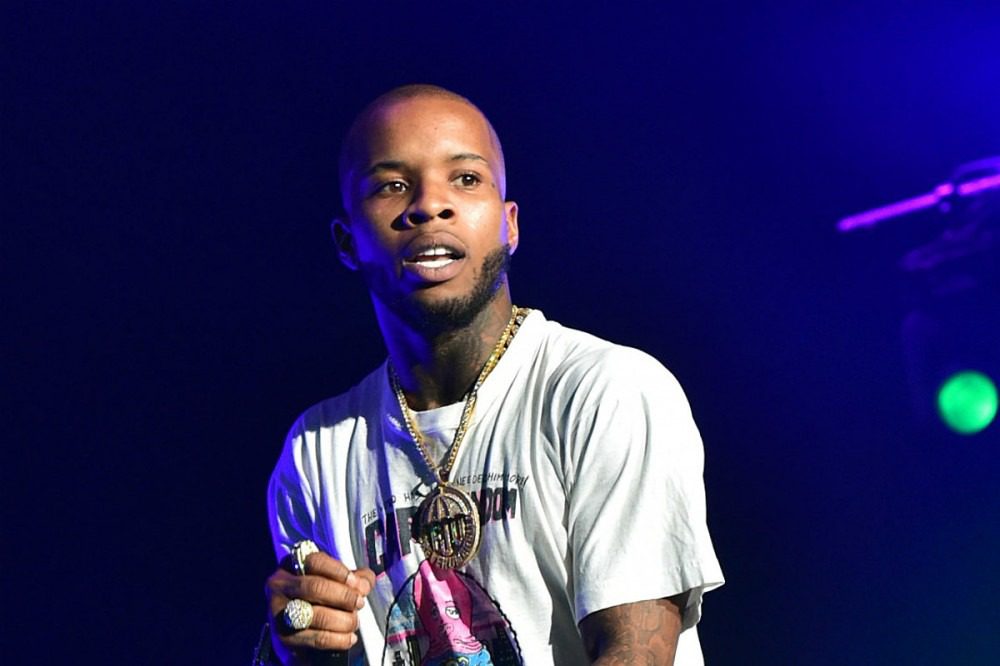 After apologizing for his silence on the Megan Thee Stallion shooting on Thursday (Sept. 24), Tory Lanez has released new music.

On Friday (Sept. 25), the Canadian rap-crooner put out the new album, Daystar. The project contains 17 songs with features from Yoko Gold. Tory addresses the Megan situation on the LP's first song, "Money Over Fallouts." He teased the project right before its release, captioning the cover art on Instagram, "There is a time to stay silent . And a time to speak ….. I said all I could say on this."

As previously reported, Tory was arrested on July 12 in Los Angeles and charged with a felony for carrying a concealed firearm after police responded to a disturbance outside a home in the Hollywood Hills involving Tory, Megan and a friend of the Texas rhymer. When authorities arrived, witnesses claimed the group was involved in an argument inside an SUV. Then, someone fired gunshots and the vehicle left the scene. Tory, Megan and an unnamed woman assumed to be her friend Kelsey were present in the vehicle when it was stopped by police who discovered the firearm. Following initial reports that she'd been cut by glass, it was later reported that Megan was the victim of the shooting and had been struck in her foot, requiring surgery.

As more details emerged, reports that Tory Lanez was allegedly the person who shot Megan surfaced. According to a Page Six article about the incident, a source told the outlet, "Tory fired the shots from within the vehicle while Megan was outside trying to leave. There is video and the police are investigating. This is a case of a man physically harming and abusing a woman."

Following backlash, Megan confirmed Tory shot her on the night in question. "Since y'all hoes so worried ’bout it," Meg said on Instagram Live on Aug. 20. "Yes, this nigga Tory shot me. You shot me. And you got your publicist and your people going to these blogs lying and shit. Stop lying. Why lie? I don't understand. I tried to keep the situation off the internet, but you dragging it. You really fuckin’ dragging it. Muthafuckas talkin’ ’bout I hit this nigga. I never hit you. Muthafuckas was like, 'Oh, she mad ’cause he was tryna fuck with Kylie.' No, I wasn't. You dry shot me."

Police have reportedly opened an assault with a deadly weapon case surrounding the incident. Tory Lanez, born Daystar Peterson, bailed out of jail the same day he was arrested after paying a $35,000 bond, and had been completely mum on the situation until now, despite pleas for answers and criticism from his rap counterparts. Although there were rumors Tory had been deported, he remains in the U.S. His next court date is set for Oct. 13.