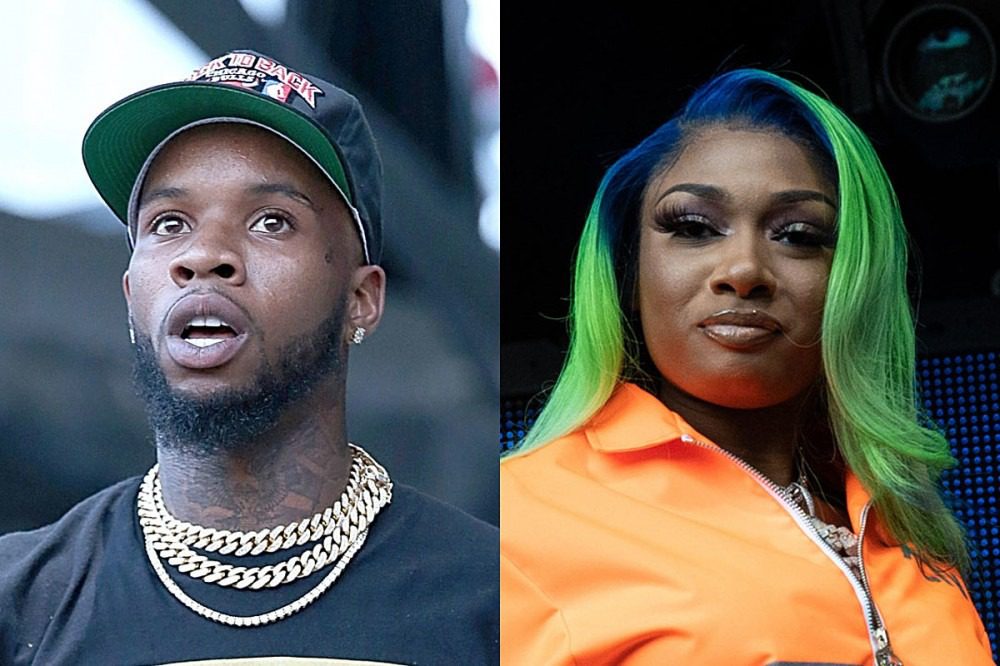 Three months after the July 12 incident, Tory Lanez has been officially charged in the Megan Thee Stallion shooting.

According to a report from TMZ on Thursday afternoon (Oct. 8), Tory, born Daystar Peterson, has been charged with felony assault in the shooting involving Megan Thee Stallion back in July. The Los Angeles District Attorney's Office has hit the Toronto native with one felony count of assault with a semiautomatic firearm—personal use of a firearm—and carrying a loaded, unregistered firearm in a vehicle.

In an announcement made by the L.A. DA's office today, Tory is also facing a gun allegation and that he personally inflicted great bodily injury. The D.A.'s new release, however, does not name Megan. Instead, it says the charges pertain to the 28-year-old rapper-crooner assaulting a female friend in the Hollywood Hills section of Los Angeles earlier this year.

If Tory is charged, he faces a possible maximum sentence of 22 years and eight months in prison.

According to sources close to Tory, per TMZ, he and his team were mitigating circumstances or considering information that could be presented in court to reduce charges or lessen a sentence. The report also includes that Tory could possibly deem the shooting an accident.

The Daystar creator was initially charged with carrying a concealed firearm in a vehicle on the day the July 12 incident took place. He was released after posting bail. No charges were filed against him at that time.

Following an argument that took place in an SUV that Tory was riding in with Megan and two others, a call was made to the LAPD about a disturbance. Law enforcement was informed that a gun shot was fired into the air near the vehicle. The SUV fled the scene, but the four passengers were later detained not too far away from where the shooting took place. About a month later, Megan Thee Stallion came forward and admitted that she sustained gunshots wounds to the back of her feet. The Los Angeles Police Department then launched an assault with a deadly weapon investigation.

Later in August, after much speculation, Megan confirmed that Tory was responsible for her injuries, which she had been hospitalized for. The Houston rhymer said that she was shot from behind while walking away from the vehicle after an argument. At the time, Megan also debunked rumors that her foot had been cut with glass, which is what was initially reported.

Tory Lanez remained silent for months until he dropped his surprise 17-song LP on Sept. 25. On the record, he maintains his innocence regarding the shooting incident and also shares details about him and Megan's relationship. While Tory was a topic of social media conversation when the project dropped, he received quite a bit of criticism from people who said he was trying to profit off the incident by releasing music to address what happened.

XXL has reached out to the LAPD as well as a rep for Megan Thee Stallion and Tory Lanez for a comment.