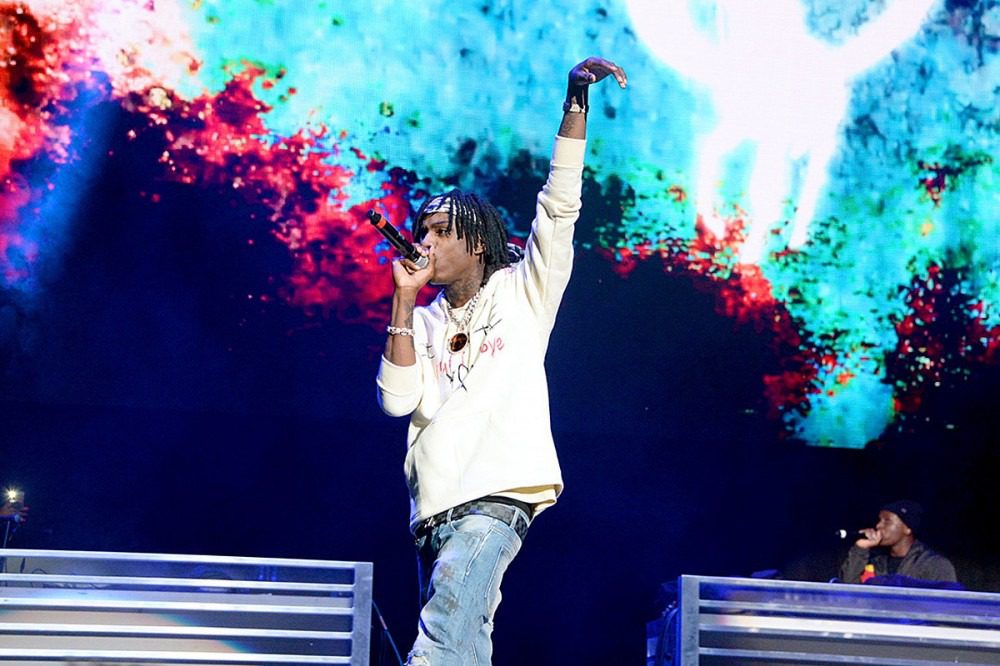 Polo G's price is going up.

The 2020 XXL Freshman reflected on how much he used to charge for a feature in comparison to how much artists will have to pay if they're looking to have his bars on their songs now. "Features 85 Rackzz but the price keep goin up 📈📈📈," the Chicago rhymer tweeted on Thursday (Oct. 8). "I remember doin features fa 200$;Grind Neva Stop 🏆."

Polo G upping the number folks will have to pay for a verse isn't surprising as his success has been mounting. His sophomore album, The Goat, debuted at No. 2 on the Billboard Top 200 back in May, moving 99,000 units in the first week. The 21-year-old MC's debut album, Die a Legend, landed at No. 2 on Billboard's album chart as well.

Polo isn't the first rapper to share the price he's charging for a feature or a show booking. Fellow Chi-town native Lil Durk revealed back in July that his booking fee is now $100,000. Although the ongoing coronavirus pandemic has put events on pause, promoters will have to cash out $100,000 for a Durk appearance once shows are back in effect.

"I’m going up 100k a show when they say we can do em," Durkio tweeted at the time. He added, "Remember this tweet."

Lil Baby, who collabed with Polo and Durk on "3 Headed Goat," posted a similar message via Twitter that same month. "Ima feel offended if you want a verse from me but don’t got a 100k …. 'respect my hustle,'" said Baby.

DaBaby charges at least 100 racks as well. Last September, he said during an interview with L.A. Leakers that he needs at least six figures for a feature.

Moral of the story is, if you're looking for a verse from Polo G, Lil Durk, Lil Baby or DaBaby, it'll cost you.