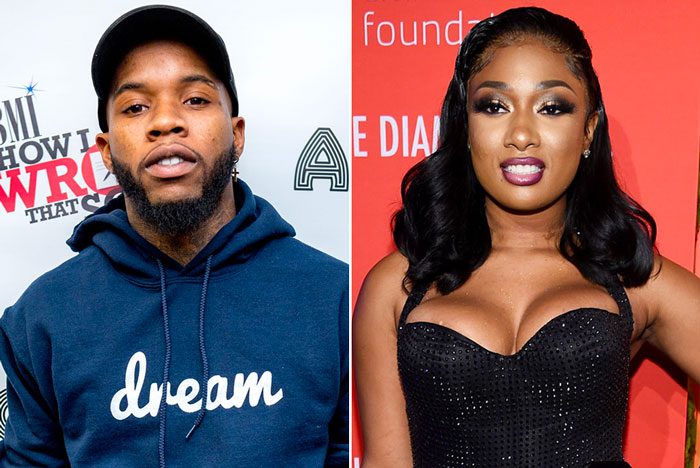 Tory Lanez is going on the record.

The Toronto rapper breaks his silence for the first time since he allegedly shot Megan Thee Stallion in July. But instead of releasing a statement or going live on Instagram, he is using his music to speak. After teasing an announcement earlier in the day, he released a 17-track album called DAYSTAR, on which he tells his side of the story.

“There is a time to stay silent . And a time to speak ….. I said all I could say on this,” Tory said while announcing the project.

The album opens with “Money Over Fallouts” featuring sound bites from various media reports before Tory addresses his critics including Kehlani and Kaash Paige, who spoke out against him.

Megan has publicly accused Tory of shooting her, but he seems to claim that it was all a set up. “Megan’s people tryna frame me for a shooting / But them boys ain’t clean enough,” he raps.

He goes on to accuse Megan of filing a false police report and insinuates that they were in a relationship. “Girl, you had the nerve to write that statement on the affidavit / Knowin’ I ain’t do it but I’m comin’ at my truest / Tryna keep this shit 200 with you,” he raps. “Don’t forget you was my bitch / I held it down and kept it real / I would never paint no fake picture of you just for some mills.”

He adds, “Look at how you doin’ me / People tryna ruin me / And what’s even worse is I’m still thinking about you and me.”

Megan was shot multiple times in her feet, but Tory questions her claims. “How the f**k you get shot in your foot? Don’t hit no bones and tendons / How the f**k your team is tryna paint me as some whole menace?” he raps. “I just lost like $10 million dollars because this cold business / But I got like 10 million followers that gon’ roll with me … I don’t give a damn if shawty know Jigga.”

He also seems to deny that he harmed her. “I would never put you in no danger and if I did, you would’ve said it when you seen the cops.”

And that’s just the first track. Stream DAYSTAR below.