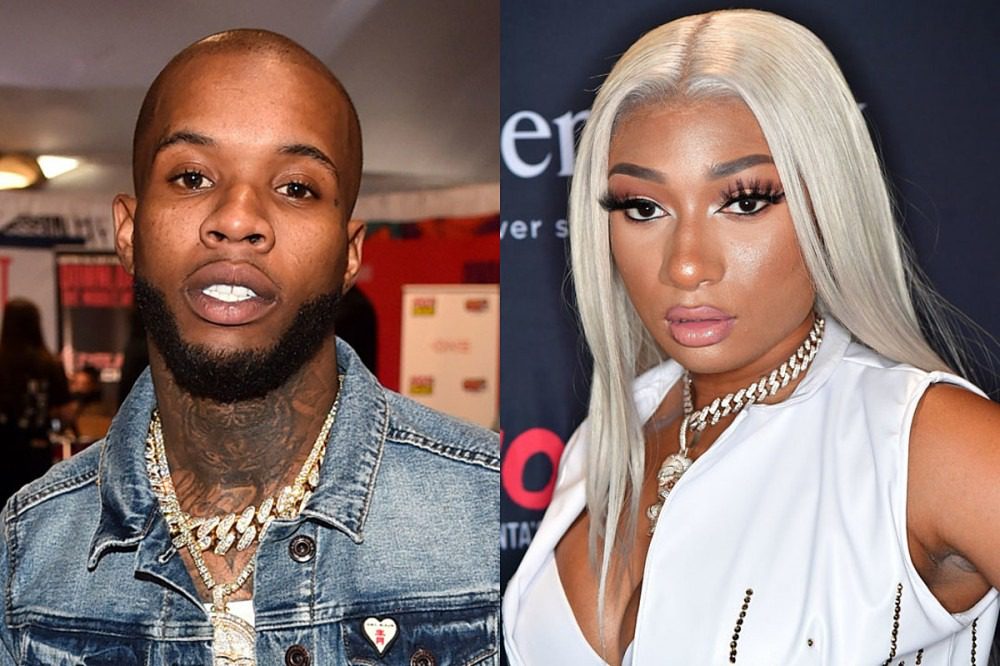 Tory Lanez has officially addressed the rumors he shot Megan Thee Stallion following his arrest for carrying a concealed weapon in a vehicle and Megan claiming that she was shot by him back in July.

The Toronto artist unexpectedly tweeted and posted on Instagram on Thursday (Sept. 24) letting fans know that he'd be breaking his silence. At the time though, it wasn't certain how he'd be doing so. All that was offered was a time: 9 p.m. PST, 12 a.m. EST. "To my fans … I’m sorry for my silence …. but respectfully .. I got time today …… 9 PM PST .," he posted on Twitter.

Both fans and critics thought Tory was going to be hopping on Instagram Live to speak his piece. However, hours later, he dropped a new album, Daystar, containing 17 tracks. On the LP, he addresses Megan Thee Stallion by name, among many others including Kehlani, DreamDoll and Asian Doll, on numerous tracks. The project is titled after his government name, Daystar Peterson.

"There is a time to stay silent . And a time to speak ….. I said all I could say on this," he wrote in an Instagram post accompanied by the artwork for his release after it dropped last night.

Tory Lanez's new album release was met with mixed reviews on social media. Some people criticized him for using this as an opportunity to capitalize off the shooting incident involving Megan. Others complimented the extensive album and claiming his innocence. Then, there are the folks who simply wanted him to provide an explanation for what happened on the night of July 12.

On that date in July, Tory was arrested and charged with carrying a concealed weapon in a vehicle in Los Angeles following a report of a disturbance in the Hollywood Hills section of L.A. while he was with Megan and her friend. Witnesses near the scene claim an argument transpired inside of an SUV followed by someone firing a gunshot into the air. The trio fled the scene, but were later stopped by police in the vehicle. Megan's foot had reportedly been cut by glass, but she later confirmed that she had been shot by Tory in the back of her feet after trying to leave the SUV.

Megan spoke on the incident several times via Instagram Live over the last couple of months. On Aug. 20, she said Tory Lanez shot her and accused his team of fabricating stories surrounding the incident.

"Since y'all hoes so worried ’bout it," Meg explained. "Yes, this nigga Tory shot me. You shot me. And you got your publicist and your people going to these blogs lying and shit. Stop lying. Why lie? I don't understand. I tried to keep the situation off the internet, but you dragging it. You really fuckin’ dragging it. Muthafuckas talkin’ ’bout I hit this nigga. I never hit you. Muthafuckas was like, 'Oh, she mad ’cause he was tryna fuck with Kylie.' No, I wasn't. You dry shot me."

There have been a number of developments pertaining to the incident including the Los Angeles Police Department launching an investigation into an assault with a deadly weapon charge following Megan's admission and reports of Tory being deported back to Canada. Tory was never deported.

In response to the shooting and the many things Megan Thee Stallion has had to say about Tory and the incident, Tory has offered nearly 20 new songs, in which he discusses Megan, their alleged relationship and much more. See everything Tory says about Megan Thee Stallion on his Daystar album below.