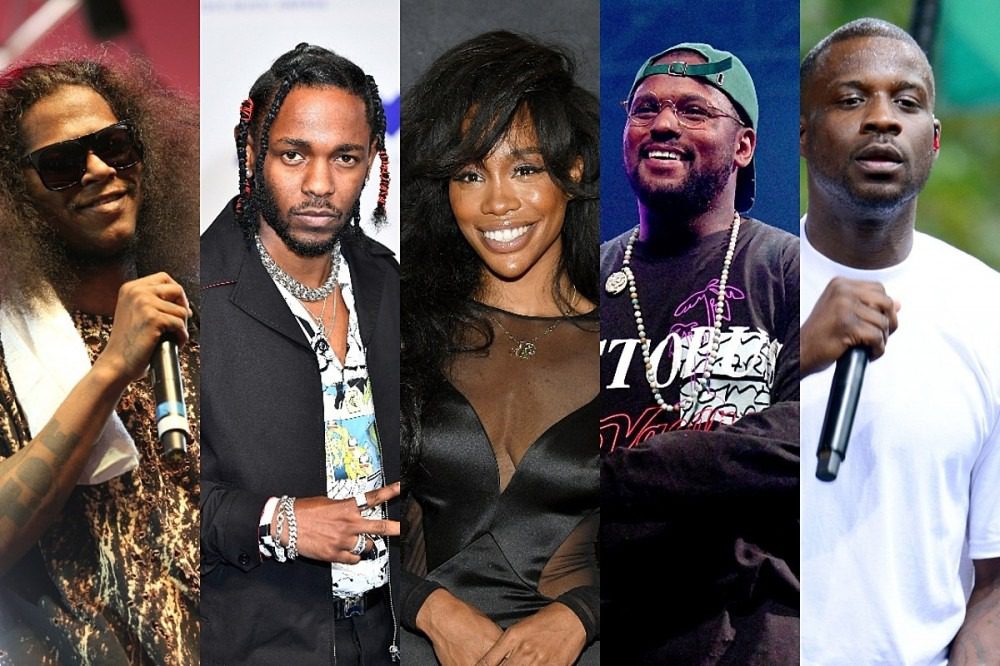 Dedication and persistence can take both artists and record label executives far in their respective careers, and Top Dawg Entertainment (TDE) is an encapsulation of that. The Los Angeles-based record label, founded by Anthony "Top Dawg" Tiffith in 2004, is one of the leading indie rap labels in the game. Executives like TDE President Terrence "Punch" Henderson and former Co-President Dave Free, who left the label in 2019, helped keep the label running as a premier destination for elite hip-hop over the years. Punch and Top Dawg continue doing so.

Looking back at the history of TDE, the label's first release was Jay Rock's Watts Finest Vol. 1 mixtape in 2006. From then until now, TDE has released plenty more tapes and albums and enjoyed success in a myriad of ways. Kendrick Lamar has arguably become the best rapper breathing, ScHoolboy Q, Ab-Soul and Jay Rock have racked up plaques and critical acclaim, SZA turned into an R&B star and Isaiah Rashad talent continues to shine with every new snippet he shares online, just to name a few. Even with rumblings concerning Kendrick's future at the label, TDE is a special place, and the company's growth is something to be commended. Today, XXL highlights the label's best songs—from hits to deep cuts—that best represent the sound of Top Dawg Entertainment.

For a label with so many important albums to its name, like Kendrick Lamar's To Pimp a Butterfly, ScHoolboy Q's Blank Face LP, Jay Rock's Redemption, Ab-Soul's Control System, Isaiah Rashad's The Sun's Tirade, SZA's Ctrl, plus more, there are a lot of songs to choose from. Some of the tracks are spirited collabs between the label's artists, like K-Dot and SZA's "All The Stars," Jay Rock's "Vice City" featuring Black Hippy and his "Wow Freestyle" with Dot, and Q's "Birds & The Beez" also featuring Kendrick. With that said, there are plenty of strong solo songs, like Ab-Soul's "Bohemian Grove" or ScHoolboy Q's "By Any Means." TDE's R&B acts SZA, Zacari and SiR have stellar tracks to their respective names. Reason, a more recent signee, and Isaiah Rashad, whose next project has been sought after for years, are two rappers with some of their best songs on the list, too.

Check out the list of Top Dawg Entertainment's most necessary tracks below, and see if your favorite song made the cut.