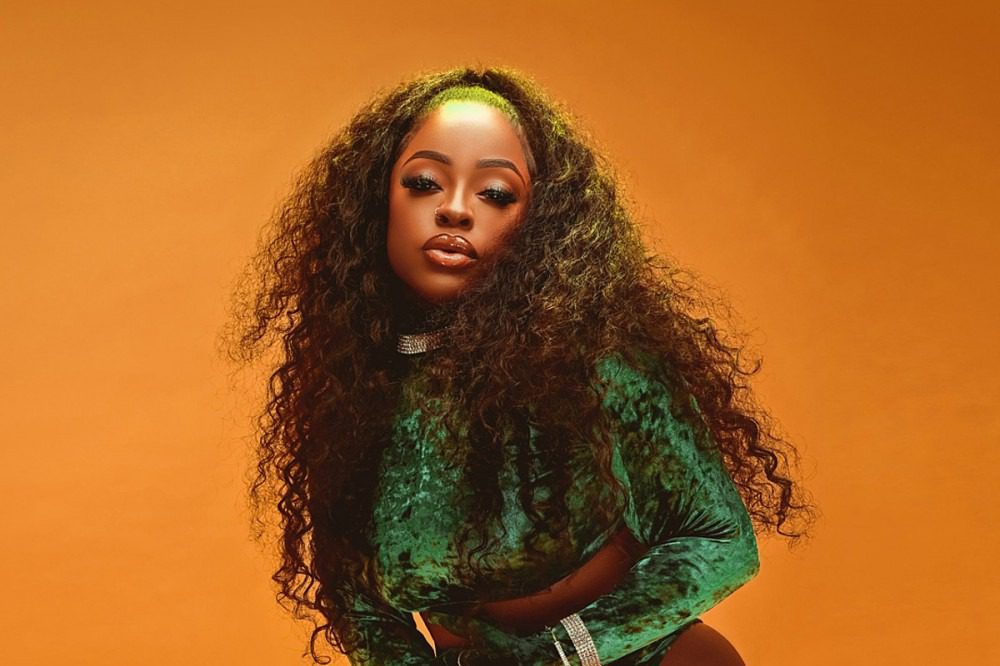 If it's time, your passion will find you. KenTheMan was a Houston high schooler who tried everything from doing make-up to singing in girl groups as she searched for something she was really serious about. Starting in the 10th grade, Ken got a clue when she began rapping with her friends in cars after school or when they cut class. Outside of an early interest in poetry, nothing signaled that Ken would turn into a rapper, but soon, those casual rap sessions turned into a pathway for a potential career.

That momentum was halted after she had her heart broken by her rapper boyfriend in 2014. For the next year, writer's block and her responsibilities as a mother kept her away from hip-hop. During this time, she spent time praying that God would allow her to access her first and only passion again. After watching a Nicki Minaj documentary and engaging in marathon Lil Wayne listening sessions, she got her magic back. The first song she ever dropped was a freestyle over G Herbo and Nicki Minaj's "Chiraq" beat. It was a diss song against her ex-boyfriend, who ironically was the first person who took her to a studio. Soon after, in 2015, she dropped her first mixtape, Kenny's Back, a project she completed in just two weeks.

Ken, now grown, told her father she needed two years to get her rap career up and running, and if it didn't work out, she'd go back to school. Once she got her father's blessing, things began to move quickly. Her first viral moment came in 2017. That's when she dropped "Deserve," a dancehall-infused reflection on a failed relationship and the pain that comes with it.

Ken's next major moment came courtesy of her sexually charged song "He Be Like," a track that took off in mid-2019. It was a change from her previous, more freestyle-structured songs, but it worked. Ken's commanding voice, honesty and ability to say whatever she wants on wax won people over, leading to the song going viral and racking up nearly 4 million streams on Spotify. The song was birthed while Ken was driving for DoorDash. While working, she was inspired by a record label not getting back in contact with her after a meeting. Knowing that she had the talent to make it, KenTheMan pushed herself and came out with the biggest song of her career.

Now with her debut EP 4 Da 304's (type 304 on a calculator and flip it over!) out and receiving positive reviews, nothing is out of reach for KenTheMan. Learn about her come-up in this week's edition of The Break.

I grew up listening to: "Lil Wayne, Nicki Minaj, Tupac [Shakur], Eminem. Just exploring my own, high school, people that was around, my dad didn't really listen to that, he listened to more old school R&B. So I kinda explored on my own and discovered the artists that I fell in love with. Lil Wayne [was my favorite]. He's very intelligent, his wordplay. The metaphors is what really stuck to me, when I did my first mixtape in 2015. I had writer's block for a whole entire year. I watched a Nicki Minaj documentary, and I listened to her and I just prayed and I was like 'I really wanna do this, I never had a passion, I love rap.' And I listened to Wayne, nothing but Wayne. Then I came up with my project in two weeks. His mind crazy, I was really drawn to the fact that this man could really think of anything, and put it to a rhythm."

My style’s been compared to: "I don't get compared a lot. But of course, as an artist, the little stuff that you do see, you kind of make it big. You be like, 'Oh man, what y'all trying to say? What I do, bro?' I've grown into my voice. Of course, at first you sound like a fucking baby.So, now I have a deep voice, I have a deeper bass voice. So, of course they compare me to deeper bass- voiced women and those Southern women.When they compared me to Cardi B though, that's how I knew people just wanted to throw some shit out there because we don't sound shit alike! I love Cardi [B]'s music, I love her voice and everything."

I’m going to blow up because: "I have a very, a positive outlook on 'What's yours is yours.' So, I never was afraid to fail in my rap career. I was like, 'Shit, if the rap don't work what I'm going to do? I'm going to have to find something else to fucking do.' I always put my best foot forward. If it don't work, it never was going to work. I ain't never been lucky. I've never been a person to win money, find money, never did the scratch-off and won big, I never went to bingo and hit the 800 for that night."

What’s your most slept-on song, and why?  "Before I got my project, I did 'Pussy Talk Freestyle,' right? The City Girls beats. I did the 'Pussy Talk Freestyle' and in my freestyle I named out my whole track-list from top to bottom. And I was a little offended that people weren't appreciating it because I thought that was the coolest thing in the world. I was like, 'They ain't never heard someone name the track list from top to bottom in freestyle before they project dropped, in a flow, like how I flow in mine.' And I feel like when I get the people that just want to find something about me to hate, " Oh, all she write about is pussy". No, you can just click the SoundCloud, the catalog is real broad."

My standout moments to date have been: "Waking up and being number 12 on the charts, and then an hour later I was number nine and I was in the top ten with my favorite rapper, Lil Wayne. It was on the iTunes, Apple, hip-hop charts. It made top ten. That was crazy."

Most people don’t know: "That I be in the house all the time, I guess. I'm so boring. I like watching TV and reading books… I'm glued to these books. I really love the house. It's so funny every time that I'm at an appearance or something, they were 'What you doing next?' 'I'm going home!' I'm boring. I be going to the house. I'm boring when I'm there."