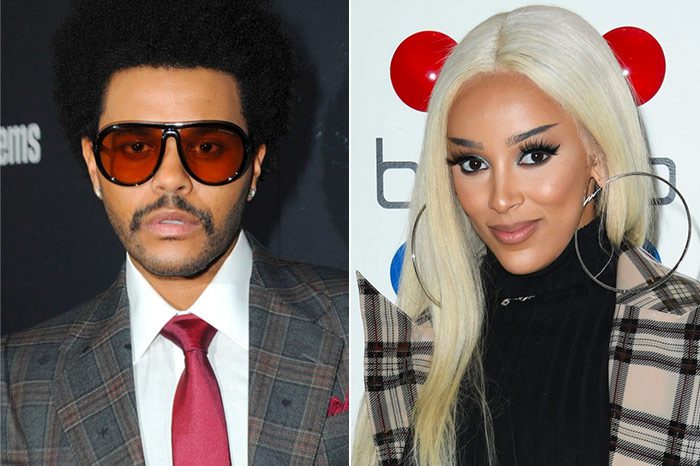 Hot off her chart-topping hit “Say So,” Doja Cat joins The Weeknd for the official remix to “In Your Eyes.”

The Hot Pink rapper burns up the ’80s-inspired track with her sultry vocals and a spitfire verse. “One day I’m giving you space and the next day you’re giving me faces,” she raps over the saxophone.

In March, The Weeknd dropped the bloody slasher flick for “In Your Eyes” from his album After Hours, which debuted atop the Billboard 200 with 444,000 equivalent album units.

Amid the coronavirus pandemic, the XO crooner has announced that his “After Hours Tour” has been rescheduled until next year. The global trek will now kick off in June 2021 in Canada with special guests Sabrina Claudio and Don Toliver.

Doja recently earned her first No. 1 on the Billboard Hot 100 with “Say So” featuring Nicki Minaj. And she has even more surprises in store. “I’m so excited. I’m gonna be working on some things,” she told fans. “I can’t really specify, but as far as songs and videos, you guys have been asking for a couple things and I am just here to guarantee you. All of those things are coming.”

Hear Abel and Doja’s duet below.