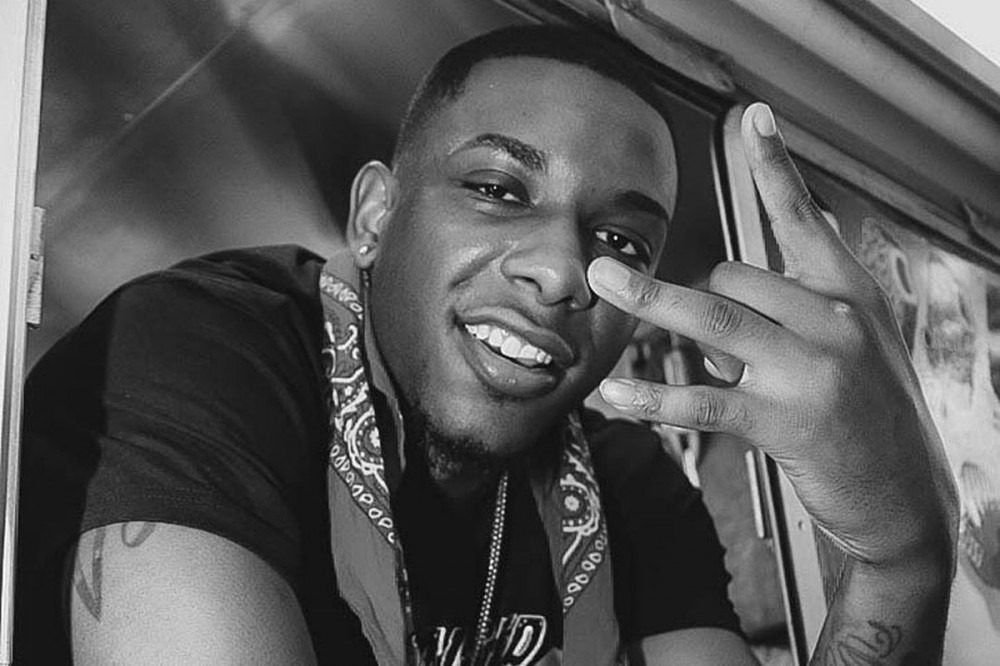 In New York City, hip-hop is a way of life and a way out of the struggle for many of the young kids who are seeking an exit from the poverty that's all too rife throughout the city's boroughs. Brooklyn rapper Rah Swish grew up like a lot of kids in BK did, surrounded by friends who dabbled in rap. That same crew of people are the ones that piqued Rah's own interest in the art form. As a result, Rah got his start rapping much later start than most other rappers in the game. He started five years ago, spitting when he was 19, but that didn't faze Rah since anything that's worth effort like rapping takes time to master.

After Rah dropped the 2016 track "50 Bars Pt. 2," on which he showcases a sharp flow and his arresting charisma, Rah believed he could really get somewhere within hip-hop. That proved to be true when he carved out his own lane in the genre even though he was a close friend of the late BK drill star Pop Smoke. Though he was connected to Pop before and after the "Welcome to the Party" rapper became a big name, Rah never got lost in Pop's shadow.

Last year, Rah Swish made his biggest song yet when he dropped "Treeshin'" in November of 2019, after continuing to release loosies. The track, which has now racked up nearly 3.5 million YouTube views for its accompanying video, and is featured on his 2019 solo project, Look What They Started, is all about keeping up with the many women in his life. "I give all of these bitches the same fuck (Look)/I been gettin' money, I ain't change up (Ha)/They used to front on me back in the day/Now when they see me, it's, 'Do you remember me?' (OK)," he raps.

In February of this year, Pop was tragically slain, which affected the tone of Rah's Woo Forever album, released in June. Rah chose to pay homage to his fallen friend on both the intro and one of the effort's 11 tracks. "Talk with the WOOs (Intro)" features an audio recording of Pop speaking with Rah, telling him that they'll be releasing a new song together for Meet The Woo 2. On "Feel Like Pop," Rah delivers lines like "Feel like I'm Pop, I move different." Woo Forever is Rah's best project yet, displaying a polish and versatility that hasn't been wholly displayed in his other efforts.

Flying high off his own growth, Rah's latest song, "Watchu Like" featuring Dream Doll, is a departure from his usual BK drill leanings. On this one, he targets the ladies, and samples Aaliyah's 1998 hit song "Are You That Somebody?." The song's video is closing in on 2 million views in a month, and it's received nearly 2 million Spotify streams, plus it's Rah's fastest-moving track of his career thus far.

Now that he has an album coming early next year and is experiencing more success than ever before, Rah caught up with XXL for this week's edition of The Break.

I grew up listening to: "A lot of 50 Cent, Jay-Z, Biggie, Lil Wayne. My top two rappers are definitely 50 and Lil Wayne. 50 just had that street grittiness, from the hood, that pain shit that we felt. Lil Wayne is just off the wall, he lyrical, he crazy. He gon' give you a whole different catalog of music every time you listen to him. So I just always liked Lil Wayne for that reason."

My style’s been compared to: "I don't get a lot of comparisons. Being considered a drill rapper, you gotta show that you could make a song, just not only be talking about what you talk about from the streets. You gotta be able to switch it up."

I’m going to blow up because: "I feel like it's going in the right direction, and it's still gonna do that, because this is only the beginning. I done put in so much work, and I got so much music in the stash. All the numbers is just increasing. So, for it to have this much of a big impact, and it's still the beginning stages. It's like, what's in store is only gonna push me higher."

What’s your most slept-on song, and why?: "I'll say 'Treeshin'' is my most slept-on song, and I'ma tell you why. When I go, or when I see people playing it in parties, I feel like that shit could have about 50 mill [streams], because the way everybody go crazy. People I meet love it. I be like, Damn. The numbers don't really show, to me, how much people like the song. I even have to see for myself. I'll meet a person, or another artist, and they be like, 'That shit crazy. My girl playin' that' or 'My sister playin' that.' A lot of people really rock with this song."

My standout records to date have been: "'Treeshin'' and 'Watchu Like.' 'Treeshin'' just provided a party, hype-energy type of vibe, and that was different for me when I first dropped it. People didn't really expect that type of vibe, so it stuck with them. 'Watchu Like,' it's for the females. We attacked a different audience, and they like it."

Most people don’t know: "I feel like people know I'm quiet and calm, I'm laid-back. I don't know if most people know that. They might not know that if they listen to 'Treeshin'.' I'm chill. I don't do too much."

I’m going to be the next: "Big thing! Leave it at that. Ain't gon' compare it to nobody."