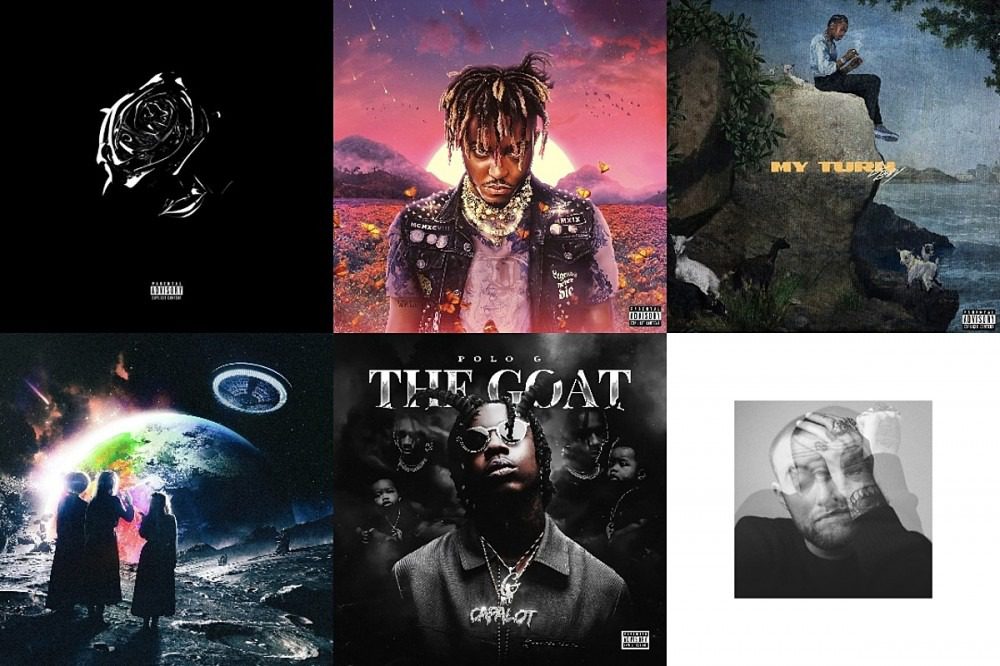 2020 has been one unforgettable year, replete with a wild election, tragic deaths, natural disasters, mass protests and a whole pandemic. But at least we had hip-hop. With all that has transpired in the last 12 months, rap has served as a respite and stress reliever for many people who are avid fans of the culture. Despite the abnormal span we just witnessed, or maybe because of it, rap artists came through with some stellar projects this year.

Lil Baby solidified his star power in 2020, on the strength of his two-times platinum-selling My Turn album, which dropped in February. On the offering, which turned out to be the Atlanta rhymer's first No. 1 album, Baby raised his stock with effortless displays of emotion over a distinctly trap score. The album's biggest single, "The Bigger Picture," received two 2021 Grammy nominations.

Freddie Gibbs added to his superb run over the last couple of years with The Alchemist-assisted Alfredo album in May. The collaborative LP is unapologetically heavy on the bars, which play well over Al's veteran production, earning both artists a Grammy-nod for Best Rap Album for the standout release.

Two posthumous albums, Pop Smoke's Shoot for the Stars Aim for the Moon and Juice Wrld's Legends Never Die came through in the clutch, proving the Woo and JuiceTheKidd's talents are truly be missed.

The Griselda gang continued to stake their undeniable claim as one of the illest crews in hip-hop with big-league releases from Westside Gunn (Pray for Paris), Conway The Machine (From Kind to a God) and Benny The Butcher (Burden of Proof).

With 2020 coming to a close, XXL highlights the best hip-hop projects of 2020 that dropped during this strange year.—C. Vernon Coleman II

See the Best Hip-Hop Projects of 2020