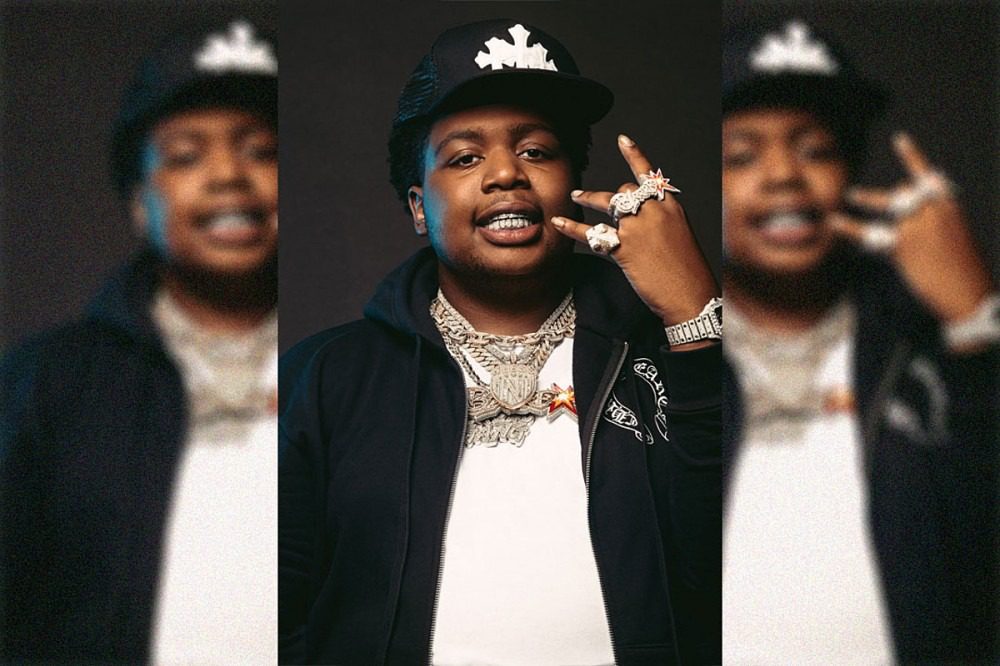 Finding success is beautiful, but it's even better when two friends can pull it off at the same time. About four years ago, Big30 was a 17-year-old Memphis teen, rhyming with his close friend, Pooh Shiesty, now a multiplatinum-selling artist, 2021 XXL Freshman and a signee to Gucci Mane's 1017 Records. Back in those days, they dropped their first song "Breaking News" in late 2018, which also featured K Shiesty and Choppa Tee. The track took off locally, running up 100,000 views on YouTube in its first month of release. It was then that both Pooh and 30 knew they were on to something.

After "Breaking News" popped, Big30 kept rhyming and caught traction with his first solo song ever, "No Vouch," in July of 2019, reaching 2 million YouTube views in a month. "Don’t need no nigga vouch for me (Nope)/Can’t let ’em get no clout off me (Nope)/I won’t take ’em down for cheap, you gotta up the salary (Come with it)/Ain’t shit sweet, no calorie/Wipe his nose, he got allergies/Killers in the back of me, I shoot and they shoot after me (Blrrrd, blrrrd, blrrrd)," he raps on the track. The video sits at more than 10 million YouTube views.

30's style is best described as relentless; he packs in bar after bar, but is not a paint-by-the-numbers street rapper. The Down South rhymer is clever and can lock into flows while also pivoting off into other styles before landing perfectly back on beat. "No Vouch" showcases all of that clearly.

By September of 2019, he signed to Moneybagg Yo's Bread Gang imprint, which has its own partnership with N-Less Entertainment. The moment was captured on video, in which the two are shown counting money together. Big30 then went on a tear in 2020, releasing "Neighborhood Heroes" with Pooh Shiesty and DeeMula, currently at 23 million YouTube views, and the Pooh Shiesty-assisted "Allegations," now at 43 million views. "Shots Out the Vette," at 19 million views on the platform, plus "Perc Talk" and "Blrrrd," two solo songs that broke 9 million YouTube views each, have added to his momentum. These tracks, plus his recent singles, put Big30 on pace to really make a name for himself.

Armed with a gold plaque thanks to his strong feature verse on Pooh Shiesty's single "Neighbors," plenty of feature verses and the rise of his two new singles, "Mista" and "Too Official" featuring Yo Gotti, the rising artist has become one of the more popular new street rappers out. Ahead of his debut project coming this month, Big 30 speaks to XXL about his career so far for this week's edition of The Break.

I grew up listening to: "Yo Gotti, Gucci Mane, Chief Keef. I feel like we share similar stories. We come from the same type of neighborhoods, same background, seen the same things growing up, just from different parts of the world, going through the same thing I'm going through."

I’m going to blow up because: "Daily and hourly, for weeks, I watched my followers and my views on YouTube, for every video, though. I watch my new video, then I go all the way to my first video, or some shit i dropped months ago, last year. I be seeing major jumps in that shit. That shit be jumpin, so I be knowin' I'm doing something right."

What’s your most slept-on song, and why?: "It's this song called '28 Bars' I made when I first got signed. I feel like that got slept-on. People must've didn't listen to it, but my fan base wasn't as big as it is now."

My standout records to date have been: "By myself, probably 'Mista.' It's the one I just dropped. It's doing more numbers than I ever did, and it's still trending right now. And I ain't never been trending this long. I really think it's because I'm back in my hood. I let them see my hood. People be likin' that. They be wanting to see that type of footage. A lot of rappers can't even go back to they hood."

My standout moments to date have been: "Rolling Loud. That was the biggest moment of my career. I ain't never performed in front of no crowd like that. It felt good. I really wasn't even scared. Not scared, but you know how you have the butterflies, walking onstage, you have a little funny feeling in yo' stomach? I felt the energy from the crowd. I really wasn't even feeling no type of way. They was waiting on me. I was supposed to be there."

Most people don’t know: "I really like driving a lot. I'm interested in fast cars, doing donuts or whatever."

I’m going to be the next: "Grammy winner. I'ma be the next platinum-selling artist or something like that. Millionaire to $10 million."

"Shots Out The Vette"