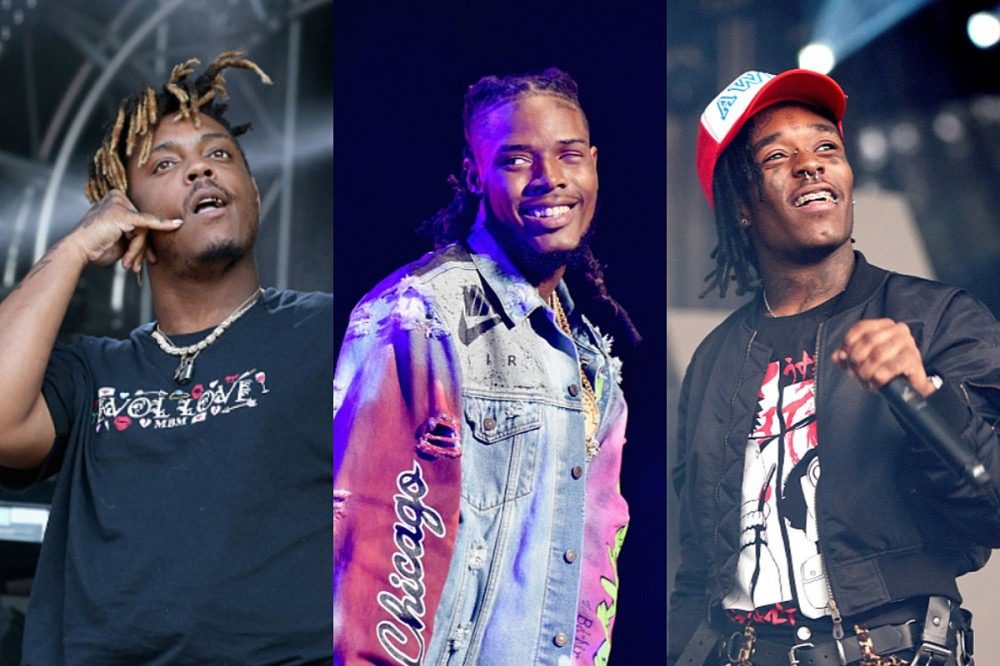 Singing in rap has become inherent at this point, especially when it comes to hooks. Entrancing melodies have always had a proven track record of being successful in music. But in today’s age, where what someone is saying becomes second to how it's being said, it's even more apparent that a sung chorus can turn a regular song into a smash hit, as we’ve peeped in the last five years.

Let’s take it back to the mid-2010s, where Fetty Wap emerged as one of the most popular artists in the country. Fresh off releasing the somewhat legendary “Trap Queen” in 2014, and a handful of contagious party bangers like “My Way” in 2015, the New Jersey rapper continued to show the power in singing hooks with the release of “679” in 2015. That same year, Post Malone’s breakout single “White Iverson” adopted the same recipe, putting Posty on the map to stay.

Sung hooks have also spawned some of the biggest viral moments to come out of the last half decade. Lil Uzi Vert’s “XO Tour Llif3” led to its own social media challenge, Rae Sremmurd’s “Black Beatles” launched the Mannequin Challenge and Drake’s “In My Feelings” also ticked off the most memorable one to date, thanks to Instagram comedian Shiggy (if you see him, stop asking him to do that dance; we’re all tired).

Fast-forwarding to 2020, songs like Lil Mosey’s “Blueberry Faygo” and Roddy Ricch’s “The Box” have become certified hits because of their caroling choruses, causing Mosey to receive his first-ever platinum plaque and Roddy to top the Billboard Hot 100 chart.

Today, XXL highlights the best sung hooks in hip-hop over the last five years, looking back at 15 of the most impactful examples. Once you peep this list, it’ll become obvious if not already why singing hooks have become a part of everyone’s formula.