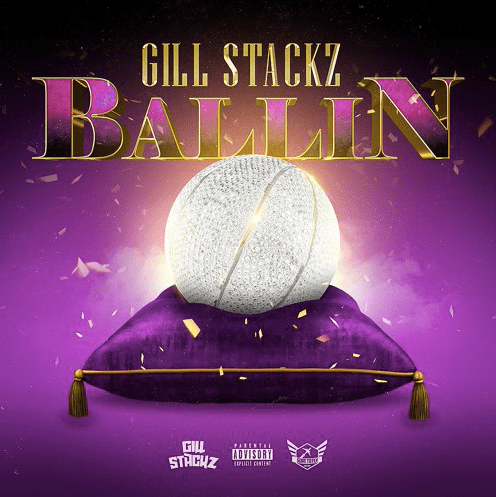 DC-based rapper Gill $tackz is releasing an assertive and infectious debut single, “Ballin,” flexing his rap muscle for the first time under public scrutiny. He knows he is good, even great, and fearlessly displays it throughout this flawless track that sees the young rapper at the very top of his creative shape. “Ballin” is a combination of 90’s rap and Washington DC’s signature genre, the Gogo, very popular in the 60’s and 70’s.

It is while listening to Coolio’s “Gangsta’s Paradise” that $tackz realized his passion for rap and Hip-Hop while he was still in elementary school. He started writing music and lyrics at 13, but began recording professionally in his senior year in high school. Master P is one of the artists that had a major influence on his journey as an independent artist, but other legends such as Bob Marley, Nas, Tupac, Biggie Smalls, Jay-Z, Bone Thugs n Harmony, Three six Mafia, and Lil Wayne, also heavily influenced his approach to music.