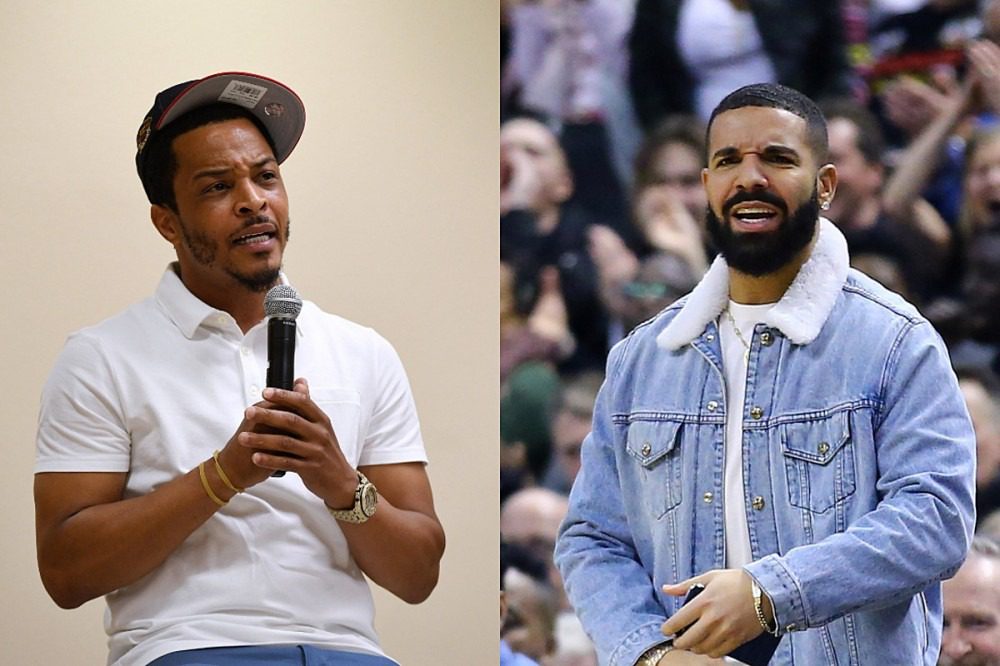 It looks like T.I. just confirmed the long-held rumor that his friend peed on Drake back in 2010.

The King released his new album, The L.I.B.R.A., on Friday (Oct. 17). On the song, "We Did It Big" featuring John Legend, Tip reminisces about fun times with his late friends. On one line in particular, he appears to confirm his homeboy, Cap, drunkenly urinated on Aubrey during an altercation 10 years ago. "Caught a body, spent millions appealin’ your case," he raps. "While I’m fightin’ my own somehow got you home/So drunk in LA, end up pissin’ on Drake, shit/Fuck it, that’s still my brother since back in the trap house.”

T.I. is acknowledging an incident that had been an urban legend. Back in 2015, when Meek Mill was in a full-blown beef with Drake, he released a diss track titled "Wanna Know" aimed at the Canadian rap star that made the claim. "You let Tip homie piss on you in a movie theater nigga, we ain’t forget/Real niggas back in style this shit is lit/This that Ja Rule shit and 50 Cent," Meek yelled during the outro.

The story goes that the incident went down during a screening for the movie Takers in 2010. T.I.'s homeboy, Cap, who was killed in prison in 2019, allegedly got into it with Drizzy and his crew and somehow peed on the 6 God. Now, Tip is confirming the wild story.