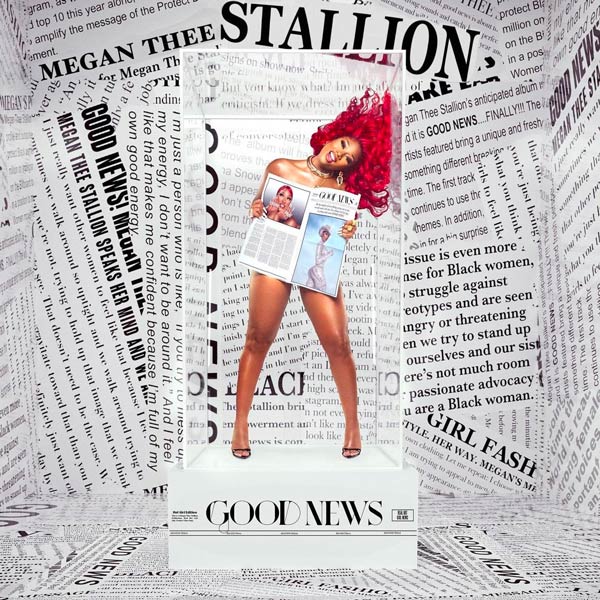 After a whirlwind year, including two No. 1 hits, Megan Thee Stallion gives fans what they’ve been waiting for–her debut album. In addition to her chart-topping smash “Savage (Remix)” with Beyoncé, the 17 tracks include appearances from Young Thug, DaBaby, City Girls, Lil Durk, and Popcaan. SZA guests on “Freaky Girls,” while 2 Chainz and Big Sean join Megan on “Go Crazy.”

The Houston rapper, who was named Apple Music’s Breakthrough Artist of the Year, hopes to spread some light during a rough year. “I feel like I had to name my album Good News because we’ve been hearing so much bad news and it’s like, okay, look, Megan Thee Stallion finally coming with the good news,” she told Apple Music’s Nadeska.

In March, Megan released her 9-track EP Suga, which spawned “Savage” and collaborations with Kehlani and Gunna. She is set to perform one of her new songs at Sunday’s American Music Awards.