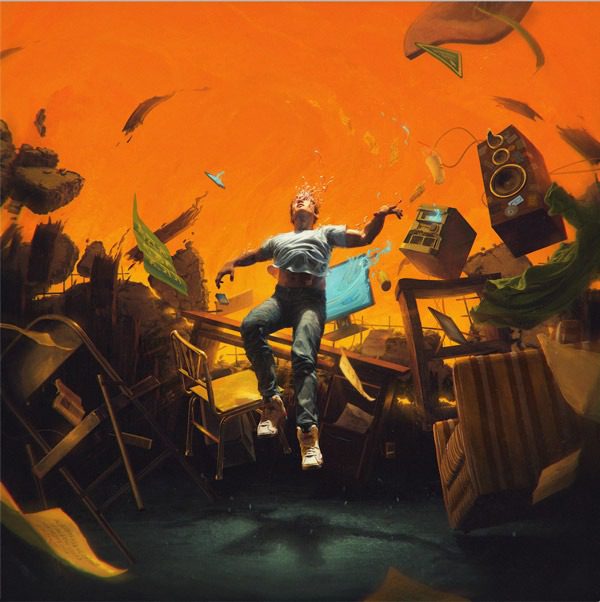 Logic is calling it quits, but not before one more album.

A decade after releasing his first mixtape, the 30-year-old rapper signs off with his sixth and final album No Pressure. Executive produced by No I.D., the project marks a full circle moment for Logic, who worked with No I.D. on his 2014 debut Under Pressure.

Logic goes solo on the 15 tracks, which features only five hooks. “When it comes to my diehard fans, this is for you,” he said during his album listening party on Twitch. “The reason that I wanted to write such bars and positivity and love, this is that. It is a recounting of my past and that adolescence that I’ve talked about here and there throughout my entire career.”

The new dad and husband, who recently welcomed his first son Bobby, plans to focus on his family after his retirement. “It’s been a great decade. Now it’s time to be a great father,” he said.

But fans will still be able to connect with him through Twitch. He signed a seven-figure deal with the live video streaming service, where he will stream weekly.

“I know the news of retirement may be bittersweet when understanding the motives behind it. But worry not dear listener. I will still be here for you,” he assured fans. “This will now if anything only allow me to focus more on not only my family. But YOU! My family reading this. Without the stress of this industry we can communicate more. Interact more, and I’m so excited for that.”

Stream No Pressure below.