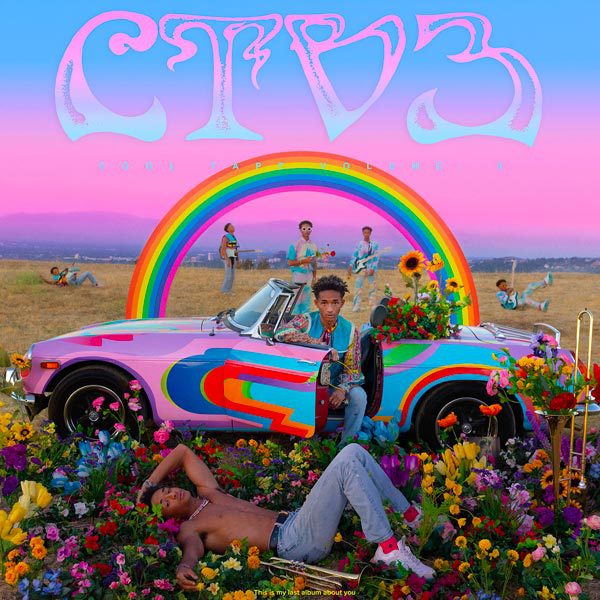 The trilogy is complete.

Six years since it all began, Jaden Smith caps off his Cool Tape series with one more installment. CTV3: Cool Tape Vol. 3 features the previously-released tracks “Cabin Fever” and “Rainbow Bap,” along with appearances from Justin Bieber (“Falling for You”) and Raury (“Endless Summer”).

The 17-track project serves as a prequel to his 2017 debut SYRE. “It’s kind of bringing all my fans who have been with me from the beginning, since before ‘Icon,’ before SYRE, and kind of updating them onto everything that’s been happening,” Jaden told Apple Music. “It’s kind of taking place when I’m like 15, going all the way up until 17 and how did SYRE get trapped in the sunset? How did all that happen?”

He revealed the difficulties of recording the album at home during the pandemic. “It’s really hard because you can’t get into the studio with anybody, and you can’t even get into the studio at all,” he shared. “So I have to record being inside of my house, and then engineer has to engineer me from his house, and he’ll use this app to control my computer. So it’s like I’m recording the whole album by myself.”