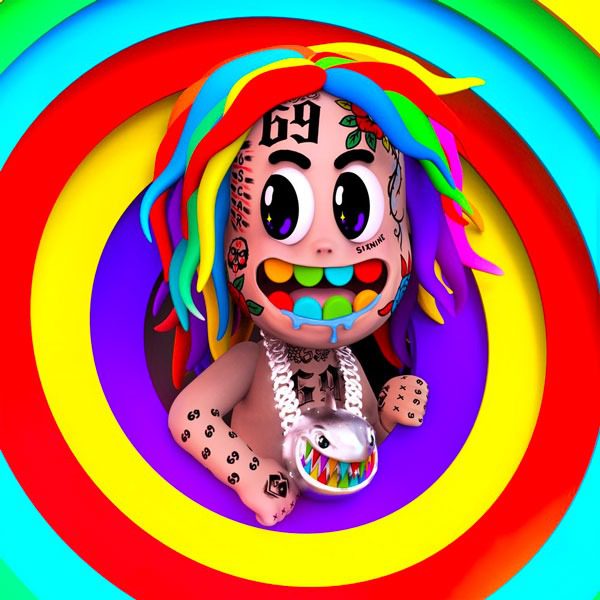 Hate him or love him, 6ix9ine won’t be silenced.

Five months since his release from prison, the controversial rapper delivers his new album TattleTales. In addition to the chart-topping hit “TROLLZ” with Nicki Minaj, the 13 tracks include two appearances from Akon on “LOCKED UP 2,” a sequel to his 2004 hit “Locked Up,” as well as “LEAH,” which samples DJ Sammy’s “Heaven.” Tekashi’s own artist Smilez appears on “Charlie,” which was recorded at a safe house under the watch of the FBI.

Along with the album, he has also debuted a colorful video for “TUTU” starring Blac Chyna, who struts naked while covered in sprinkles alongside Tekashi’s girlfriend Jade.

TattleTales follows 6ix9ine’s 2018 debut Dummy Boy, which was released just days after his arrest. The project debuted at No. 2 on the Billboard 200, spawning collaborations with Kanye West, Nicki Minaj, Lil Baby, and Gunna.

And while he remains a polarizing figure, he doesn’t plan on going anywhere. “I’m already at the top, now just keep making music and keep dominating,” he told The New York Times.

Tekashi will celebrate the release of TattleTales by performing a livestreamed concert on Sept. 5. He received a reported $5 million for the virtual set.