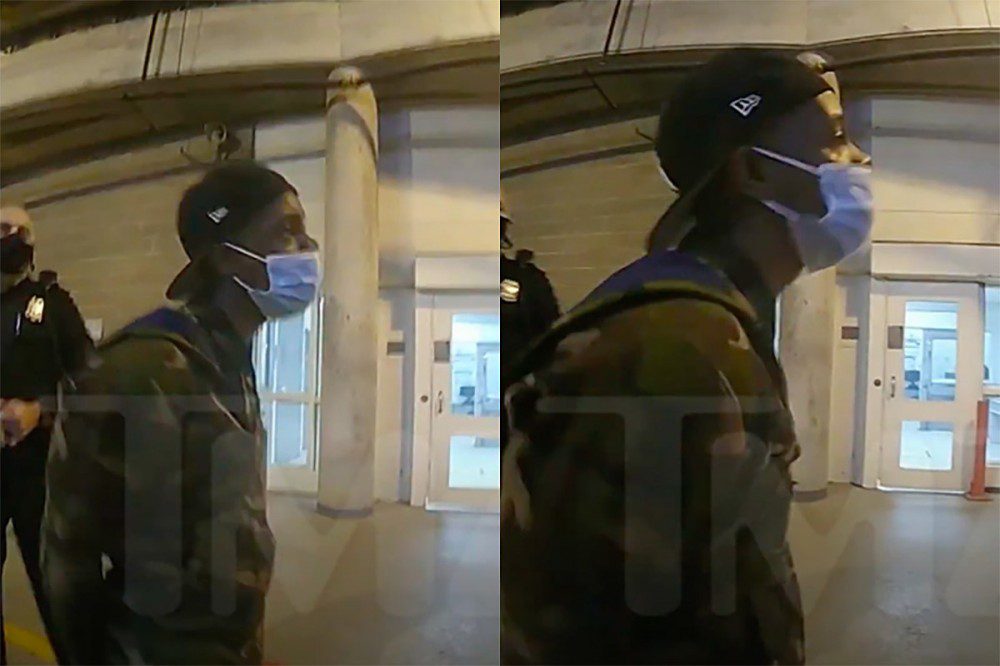 Last month, Silento was arrested for driving over 140 MPH in Georgia. And now, the video footage from the incident has surfaced online.

On Monday (Nov. 2), TMZ uploaded the video of the Atlanta rapper being taken into police custody on Oct. 23 just after 4 a.m. in his hometown for driving 143 MPH. Silento, born Richard Lamar Hawk, was charged with speeding, reckless driving, driving on roadways lanes for traffic and parking in a prohibited space. However, during his arrest, Silento had a verbal exchange with officers, in which he says they racially profiled him. He also accused the government of tracking him and claimed that President Donald Trump has been sending him messages regularly seeking his help.

After being informed of his excessive speeding in the clip and telling law enforcement that he went above the speed limit because he was coming from a nightclub appearance in Gwinnett County, Ga. and people sometimes follow him, he made the interesting series of claims.

"Let me out," he asserts in the video footage. "I know my laws and I know how the law work. ‘Cause I done been through this so many times with y'all. I said somebody was following me. You can't do that. Ain't no relax. You disrespecting me."

One of the officers speaking with Silento then asked the rapper to stop spitting on him as they spoke. Silento, who denied the accusation made against him, fired back at the police claiming that the officer actually spat on him because he's Black.

In police reports obtained by XXL on Oct. 25, Silento was driving a 2020 BMW X3 SUV on Georgia's Interstate-85 when he was pulled over for going more than double the 65 MPH speed limit. He was released on his own recognizance later that day.

This isn't the "Watch Me (Whip/Nae Nae)" artist's first run-in with the police in recent months. Back in August, he was arrested in Los Angeles for wielding a hatchet into a random family's home while looking for his girlfriend. The following month, a warrant for $105,000 was issued for Silento's arrest due to him missing his court appearance.

Before that, he was taken into custody by the Santa Ana Police Department for a domestic dispute.

See the full video of Silento's arrest below.