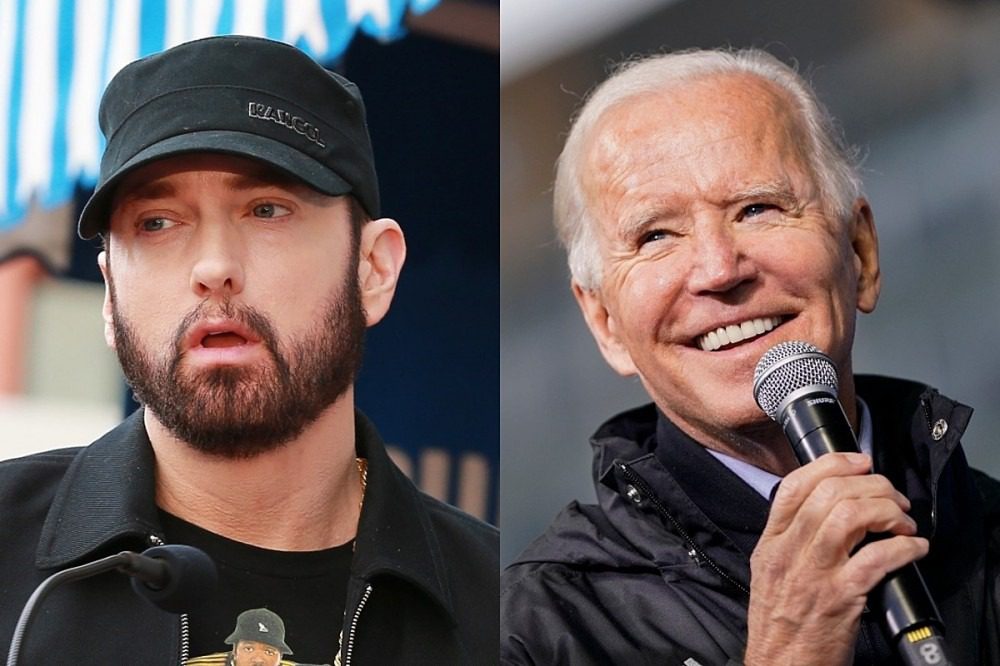 On Monday (Nov. 2), 24 hours before the last day to cast a vote for the 2020 presidential election, Joe Biden unleashed one of his final efforts in the form of a campaign ad. In the 45-second clip, the Democratic presidential candidate uses a black-and-white video montage featuring American citizens preparing to vote. Footage from Biden's rally in Eminem's home state of Michigan is also in the clip.

Eminem is known for taking political stances against current president Donald Trump, who is also Biden's opponent in the presidential race, so his support of the former vice president and Senator Kamala Harris is understandable.

"Look/If you had/One shot/Or one opportunity/To seize everything you ever wanted/In one moment/Would you capture it/Or just let it slip?," Em says on the beginning of "Lose Yourself" before the Luis Resto and Jeff Bass-produced track jumps to the chorus and takes over the video.

While the Biden campaign obviously shared the visual, the 48-year-old rapper also posted the clip on his Twitter page. "One opportunity… #Vote," he wrote.

Joe Biden's newest ad comes one day before the presidential election on Nov. 3. President Donald Trump and Democratic presidential candidate Joe Biden are currently vying for the oval office seat, and members of the hip-hop community are sitting on opposite sides of the election.

Donald Trump has received support from rappers like Lil Wayne, Lil Pump, Waka Flocka and Asian Doll, who have all gone on social media to confirm their support for the current POTUS' re-election.

Watch the full ad below.