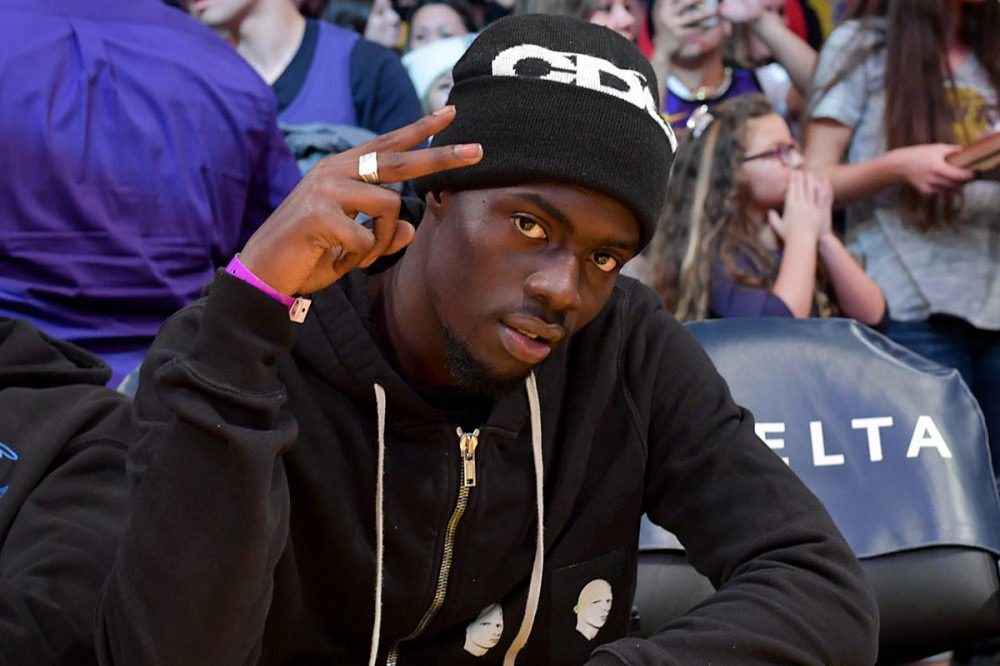 Sheck Wes might be looking to trade in his microphone for a basketball and a NBA championship.

In a post shared by the 22-year-old Cactus Jack Records rapper, Sheck claims he's on the ticket for tonight's ceremony, "Damn… it’s really real , The 2020 NBA DRAFT , all my life I always wanted to follow my passion for music and basketball . Playing basketball and going to play pro in the @nba is something that I always strived for," Sheck began in a comment. "Tonight that dream comes true! I want to thank the @nba for their hard work with the growing the game and every team that gave me an opportunity to work out and talk with them . I also want to thank my team and my fans for always being there ! TUNE IN TO THE 2020 NBA DRAFT tonight !!!!"

Since the "Mo Bamba' rapper's government and stage name do not currently appear on the 100-person NBA prospect ranking list on CBS Sports, it's possible he may be using the publicity to promote his forthcoming single, "2020 NBA Draft."

While some fans may be surprised by Sheck's potential enrollment into the NBA, the young rhymer is also known for his skills on the court. He even played alongside the Orlando Magic center, Mohamed "Mo" Bamba in high school. "Mo Bamba" also happens to be the name of Wes' first break out single, which propelled him into mainstream stardom.

Sheck Wes isn't the only rapper to express an interest in going pro. Back in August, Master P, who played on the pre-season squads for the Toronto Raptors and Charlotte Hornets in the late 1990s, alleged J. Cole was training to try out for the NBA. "They've been putting their whole life into this. So, you're gonna have to prove you're worthy of being on that court. I believe in him and I believe that he's a youngster that has a lot of desire," P said in an interview with TMZ.

XXL has reached out to Sheck Wes' team for confirmation.