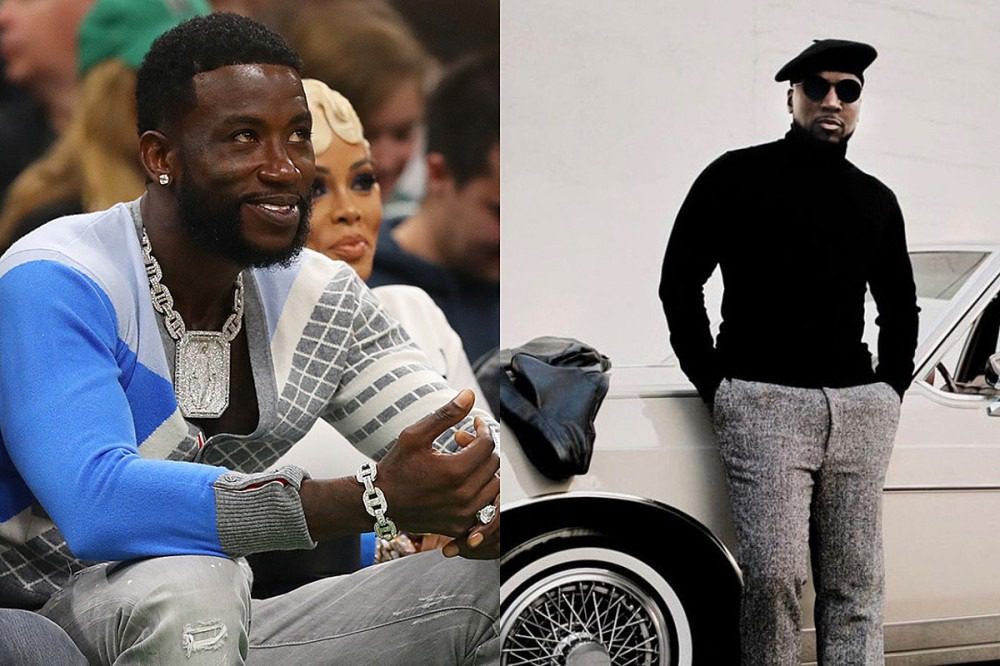 The news of Gucci Mane and Jeezy sitting side-by-side for a hit-for-hit Verzuz battle took many people by surprise considering their lengthy and volatile feud. That said, Gucci recently confirmed that the battle is indeed happening, but under one condition.

On Wednesday afternoon (Nov. 18), the 1017 Records founder uploaded a video to his Instagram poking fun at Jeezy's drip on the cover of the Macon, Ga. native's upcoming album, The Recession 2. He teases that if Jeezy wears the outfit he has on from the album artwork, there won't be a Verzuz battle tomorrow night (Nov. 19). Jeezy is wearing a black beret with a matching black turtleneck, tweed pants and black boots.

"Aye, check this out," Gucci begins in the clip after he is seen running down a grassy hill towards the camera. "For everybody who's asking me, right? The Verzuz is real. Me and Snow Cone will be in the same room. But this what I wanna know, right? Is fashion a part of the Verzuz? ‘Cause I'ma have that shit on tomorrow. And if buddy have that same funny ass shirt and that dumb ass hat he had on that got damn album cover, I ain't doing it." Gucci then walks out of the camera frame. Guwop appears to be joking and the cameraman is even amused as he can be heard slightly chuckling.

50 Cent joined the conversation about Jeezy's fit, comparing the Snowman to the late R&B singer Isaac Hayes. "Anything to try and sell a record i guess? I’m not available this week, FOR LIFE is coming on at 10pm tonight. i’m busyLOL," Fif captioned his post. He could also be referring to Jeezy mentioning 50 on his new song "Therapy for My Soul," which dropped today.

Gucci Mane confirming that the hits battle is taking place comes one day after he posted an Instagram meme joking about the incident that transpired in 2005, which intensified the former collaborators' beef. In May of 2005, Gucci shot and killed Pookie Loc, a friend of Jeezy, who was also signed to the rapper's Corporate Thugz Entertainment (CTE)  World record label, in self-defense during a home invasion. The murder charge that the ATL rapper was facing was later dropped due to insufficient evidence.

The meme said, "Gucci Mane: go dig ya partna up nigga I bet he can't he say shit." The image then has "Jeezy:" and shows a man in a courtroom who appears to be jumping to attack someone.

The Verzuz battle between Gucci Mane and Jeezy is set to take place in Atlanta on Thursday at 8 p.m. ET. Who are you choosing to take the crown?

See more reactions to Gucci clowning Jeezy's fit on his album cover below.