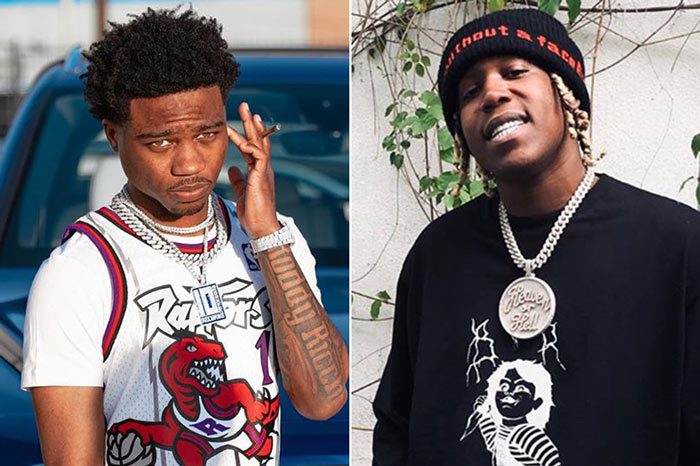 While “Lemonade” continues to rise up the charts, Internet Money serves up the remix to their breakout hit featuring Roddy Rich.

On the breezy guitar-driven jam, which also features Don Toliver, the Grammy-winning rapper adds his drip while boasting about his rockstar lifestyle. “This codeine got me trippin’ / Wish it was over, I’ve been rollin’ for a minute,” raps Roddy before boasting about his car collection. “Check my garage / I got too many choices.”

The original version of “Lemonade” featured NAV, Gunna, and Don Toliver, and can be found Internet Money’s debut album, B4 The Storm, which dropped last month featuring Future, Kevin Gates, and Swae Lee. The song, produced by Taz Taylor, Nick Mira, Pharaoh Vice, and E-Trou, has racked up over 120 million Spotify streams and currently sits at No. 16 on the Billboard Hot 100.

Roddy is now working on the follow-up to his chart-topping debut Please Excuse Me For Being Antisocial, which could arrive sooner than later. “Album coming soon as f**k,” he recently told fans, while telling GQ that it will be a “full blown masterpiece.”