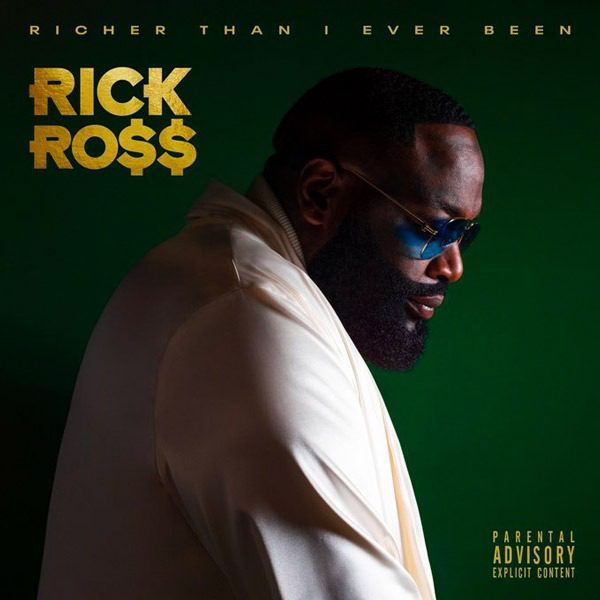 The Bawse is back.

Over 15 years since his debut, Rick Ross delivers his 11th studio album, Richer Than I Ever Been, which he calls his best work yet.

In addition to the lead single “Outlawz” featuring Jazmine Sullivan and 21 Savage, for which he also released a video, there are guest spots from Wiz Khalifa, Benny the Butcher, DreamDoll, BLXST, Yungeen Ace, and Major Nine.

Elsehwere on the 12 tracks, Rozay links with Wale and Future on “Warm Words in a Cold World” and connects with The-Dream and former drug kingpin Willie Falcon on the Boi-1da-produced “Little Havana.”

With this project, the 45-year-old MMG mogul set out to make music that stands the test of time.

“I actually sat in the studio a few nights by myself, and one thing that kept coming back to me was making sure the music felt timeless. Where it wouldn’t just be a dope record in 2021, but in 2026, 2027, as well,” he told GRAMMY.com. “There’s no expiration date on incredible music. So, instead of just making a dope banger, let’s make a timeless piece of work.”

Stream Richer Than I Ever Been below.