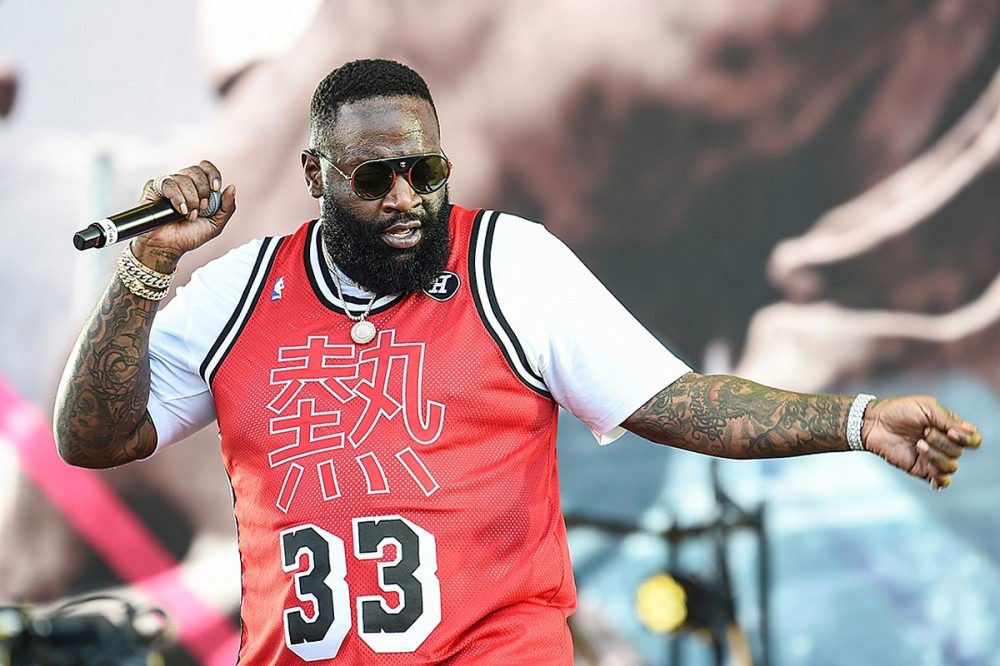 Members of the rap community have dabbled in the faux jewelry or designer clothing game throughout hip-hop history, but rarely do we see them get called out in grave detail. Rick Ross is the latest rapper to be put on blast for this fashion offense.

On Sunday (Oct. 5), an image Rozay uploaded to Instagram was dissected by fashion IG accounts, which deemed his Louis Vuitton outfit and accessories as replicas. In a post shared on the social media platform, Ross is seen wearing a Louis Vuitton backpack while carrying two duffle bags in each hand as he walks towards a private jet. He is also wearing an LV monogram hat, sneakers and silk shorts to cap off the fit.

However, a few fashion IG pages went as far as creating a side-by-side image of the real Louis Vuitton backpack in comparison to Ross' drip. One page used various colors to circle the key differences between the book bag and the two duffles the "Aston Martin Music" rapper is carrying and the real products produced by the French fashion house.

The two duffle bags Ross is holding typically runs between $1,900 and $3,000. The backpack is priced at $3,450 on the official Louis Vuitton website. However, the bag is currently sold out online. There are no reports on how much the 44-year-old rapper paid for his items.

This isn't the first time Rick Ross has been called out for rocking questionable items. Back in 2009, 50 Cent accused Ross of wearing cubic-zirconias instead of diamonds. Ross firmly denied those claims. This was one of the many incidents that took place while the two rappers were beefing. Also in 2009, Ross covered the May 2009 issue of XXL magazine, on which he wore counterfeit Louis Vuitton shades.

Rappers are sometimes placed in the hot seat and hit with accusations of wearing fake clothing or jewelry. Possibly because it's rare that they are called out for it publicly, but social media is making it harder to get away with.

Rick Ross has yet to make any statements about the allegations made against him.

See more of what people have to say about Rozay's counterfeit Louis Vuitton drip below.