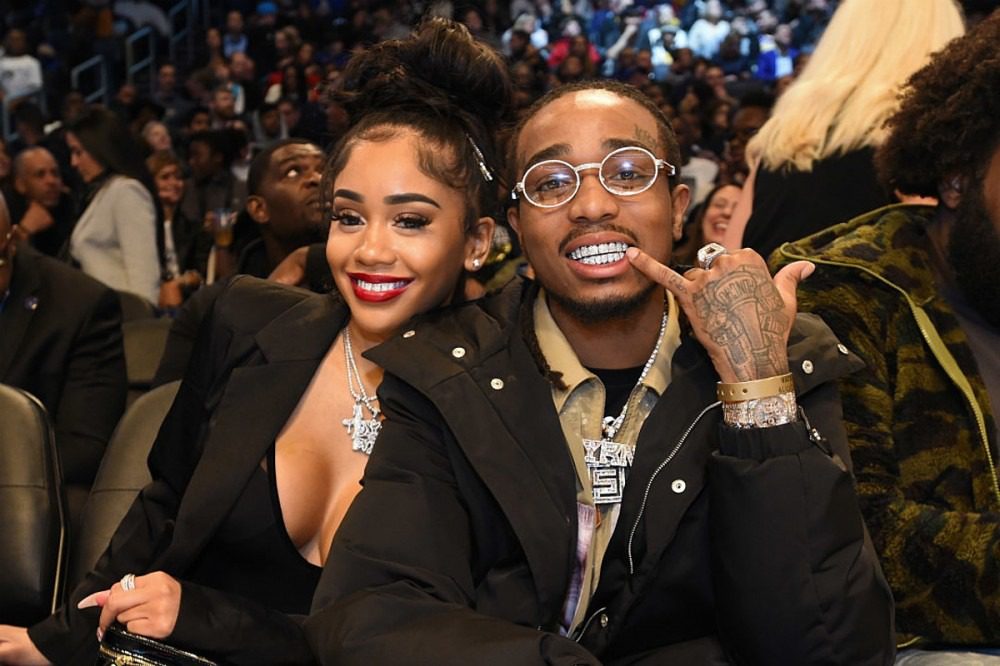 Quavo and Saweetie are one of hip-hop's favorite couples and it all started with a DM.

The rappers have been going strong as a couple for over two years now. On Wednesday (Oct. 7), the Migos member revealed a tender moment in their relationship, sharing the Instagram direct message he used to get the "Tap In" artist's attention. In a message dated March 15, 2018, Quavo slid in Saweetie's DMs with the simple message of a snowflake emoji, in reference to Saweetie's "Icy Girl" single and persona. She then responded in kind with a steaming bowl emoji, possibly in reference to the Migos' "Stir Fry" single, which was out at the time.

From there, Quavo hit Saweetie with the one-liner, "U so icy Ima glacier boy." The pick-up line appeared to get Saweetie's attention, as she responded, "What's hannin then."

As they say, the rest is history. Quavo captioned the post, which also included a picture of the couple sipping drinks, "HOW I PULLED UP: HOW WE COMING."

Quavo and Saweetie's relationship became public knowledge back in September 2018, after speculation arose that they were indeed an item when she starred in the rapper's "Workin Me" video a month prior. A couple months after that, Huncho proved it was more than just a fling by buying Saweetie a $75,000 snowflake chain for their first Christmas together.

Unlike his partner in rhyme, Offset, Quavo's relationship has stayed out of the headlines and drama free. Last year, he and Saweetie hinted at marriage after she ended up catching the bouquet at Quavo's sister's wedding reception.