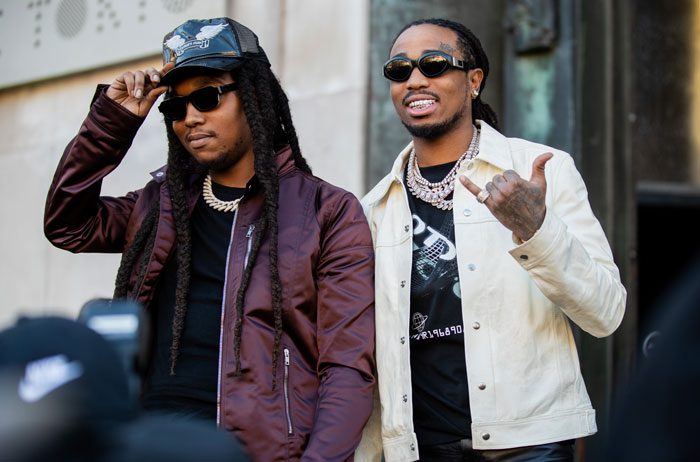 Following rumors of a breakup, two thirds of Migos team up as a duo on their woozy collaboration “Hotel Lobby,” which arrives alongside a video, inspired by the cult classic Fear and Loathing in Las Vegas.

In the trippy clip, described as the “South’s first proper hip-hop homage to the late Hunter S. Thompson,” Huncho and Takeoff take on the roles of Raoul Duke and Dr. Gonzo. While on their psychedelic adventure, they drive through the desert with a “mobile pharmacy” before pulling up to a Vegas hotel.

“Hotel Lobby” arrives amid rumors of a fallout between Offset, Quavo, and Takeoff. The Atlanta trio have fans speculating about their future as a group after they unfollowed each other on Instagram. Offset and Quavo no longer follow each other on the social media platform, and Cardi B even unfollowed Quavo and Takeoff.

When TMZ asked Quavo about the breakup rumors on Thursday, he dodged the question, only making matters more confusing.

While we wait for answers, watch the video for “Hotel Lobby” below.