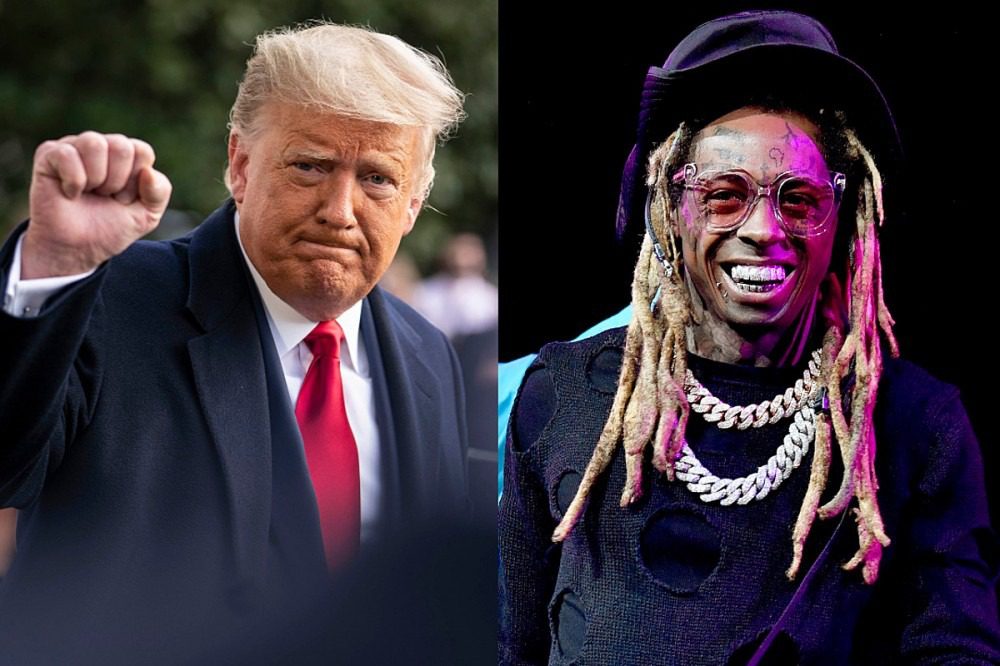 On Friday (Oct. 30), No. 45 spoke with reporters outside the White House as he prepares to travel to Michigan, Wisconsin and Minnesota for campaign rallies ahead of the presidential election on Tuesday (Nov. 3). During the interview, Trump was asked for more details about his controversial time with Tunechi. "[Lil Wayne] wanted a meeting," Trump said. "He's a really nice guy. Really an activist in a very positive way. And he asked for a meeting and we had the meeting. And, as you saw, the meeting went very well."

The legendary rapper shocked many on Thursday (Oct. 29), when he posted a photo with Trump on Twitter and appeared to endorse the incumbent Commander in Chief. "Just had a great meeting with @realdonaldtrump @potus besides what he’s done so far with criminal reform, the platinum plan is going to give the community real ownership," Wayne wrote in the caption. "He listened to what we had to say today and assured he will and can get it done."

Many in the hip-hop community disapproved of Wayne associating with someone like Trump, especially only a few days before the election. Some expressed their disgust on social media.

"This ain’t the Iconic Genius that said. {And I Quote} 'Bitch, real G’z move in silence like lasagna'…. Nope ‍♂️ I rebuke you, Satan … Stay away from our ’s .. And Wayne would’ve NEVER worn a shirt to the White House," wrote Royce 5'9" in an Instagram post.

Even 50 Cent, who has also showed support for Trump recently, blasted Wayne for going as far as to meet and have a photo opportunity with Trump. "[Oh] no WAYNE‍♂️, I WOULD HAVE NEVER TOOK THIS PICTURE. #bransoncognac #lecheminduroi," 50 Cent wrote in an Instagram post.

Wayne has yet to respond to the backlash.