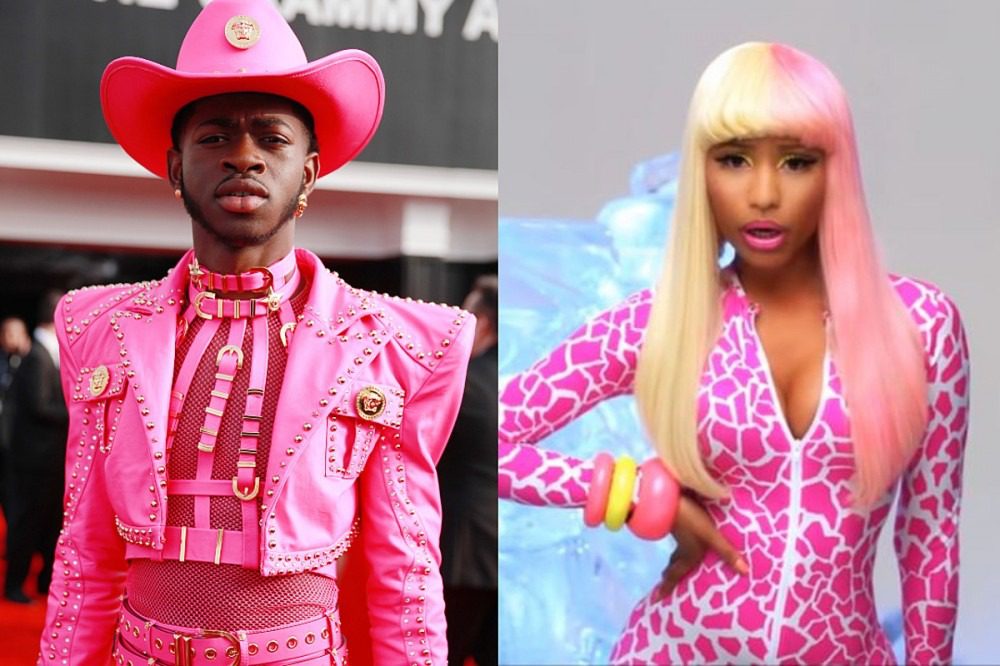 Lil Nas X is getting into the Halloween spirit with some inspiration from one of his favorite artists, Nicki Minaj.

On Friday (Oct. 30), the "Old Town Road" rapper shared his 2020 Halloween costume on social media. In the posts, he has transformed into Nicki Minaj, specifically from her 2011 video for "Super Bass." In the photos, which confusingly look like a mix of photoshopped and actual images, Nas X sports the same skintight outfit Mrs. Petty is wearing in the video, as well as the same blond and pink weave, and matching bangles. He even recreated the image of Nicki sitting atop a motorcycle made of ice.

On Saturday (Oct. 31), 50 Cent ran across the photos and offered his two cents. "What the fuck, Nikki come get him !!! Lol," the Queens rapper posted on Instagram. Nas X responded to Fif writing, "Why u in a barb business?.”

Lil Nas X has previously admitted to being a Nicki Minaj stan. Back in May, he wrote, "life is too short to pretend you’re not a barb," on Twitter after it was revealed he ran a Nicki Minaj fan account.

After putting out the biggest song of 2019, "Old Town Road (Remix)," and releasing the 7 EP last June, Nas X has been quiet on the music scene. Over the summer, he revealed his debut album is almost finished and said he was also working on a mixtape. Neither project has materialized to date.