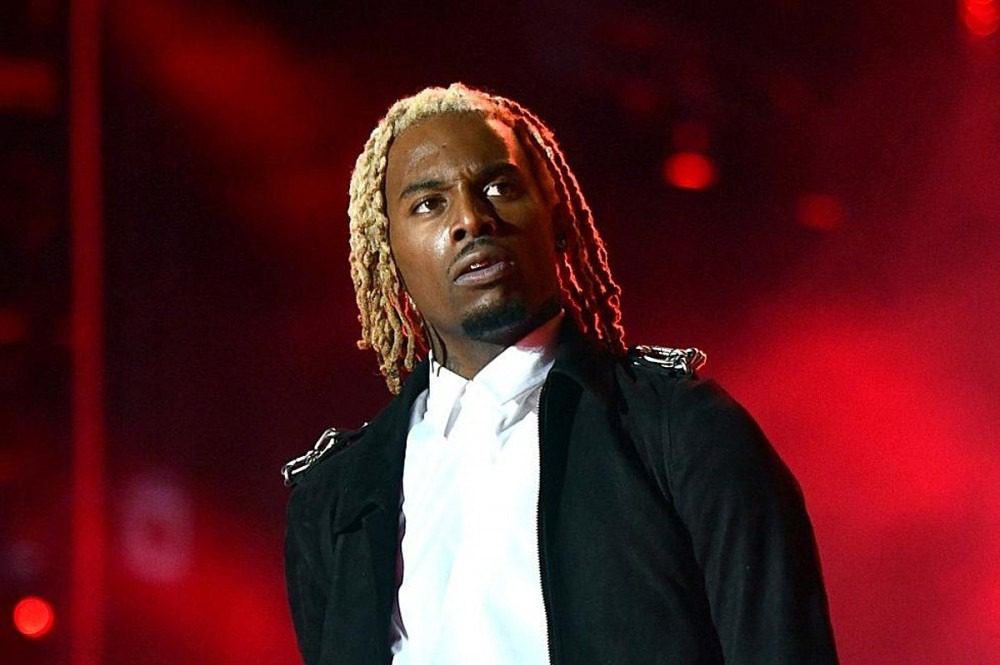 Playboi Carti's fans know all about the waiting game and this time around, they're up in arms over some images he posted of himself on his social media.

As fans of the Atlanta rapper continue waiting for more signs that'll possibly lead to the release of his Whole Lotta Red album, this afternoon (Oct. 16) they received an unexpected gift from the rapper. Carti shared eight photos of himself donning red-dyed dreadlocks, a black satin blazer with no shirt underneath, black pants, socks and shoes, and what appears to be miniature horns on his head. The "@ Meh" rhymer is rocking ice on his neck and ears, of course, as well as black nail polish on his finger nails.

One of the images he shared tags the French luxury brand Givenchy and the fashion house's creative director, Matthew M. Williams. It can be assumed that the images are in connection to a photo shoot with or for the brand.

Nonetheless, fans did everything but hold their thoughts about Carti's photos. In fact, they were so vocal on Twitter that the former 2017 XXL Freshman began trending this afternoon.

"Playboi Carti posts weird pictures on Instagram once every 3 months with no context and then disappears again," one frustrated fan tweeted.

A third person said, "Carti fans be like 'cartis pose look like a 7 so we getting WLR in 7 days!!'"

The news of Carti's supposed photo shoot comes about four months after his girlfriend, Iggy Azalea, announced that she gave birth to a son. Although Carti hasn't spoken on the birth of the child, it is assumed that he shares the infant, whom they've named Onyx, with Iggy. Images of the baby surfaced online last month.

In any event, there's a ton of comments about Playboi Carti's recently posted pictures and they're pretty hilarious. Check them out below.