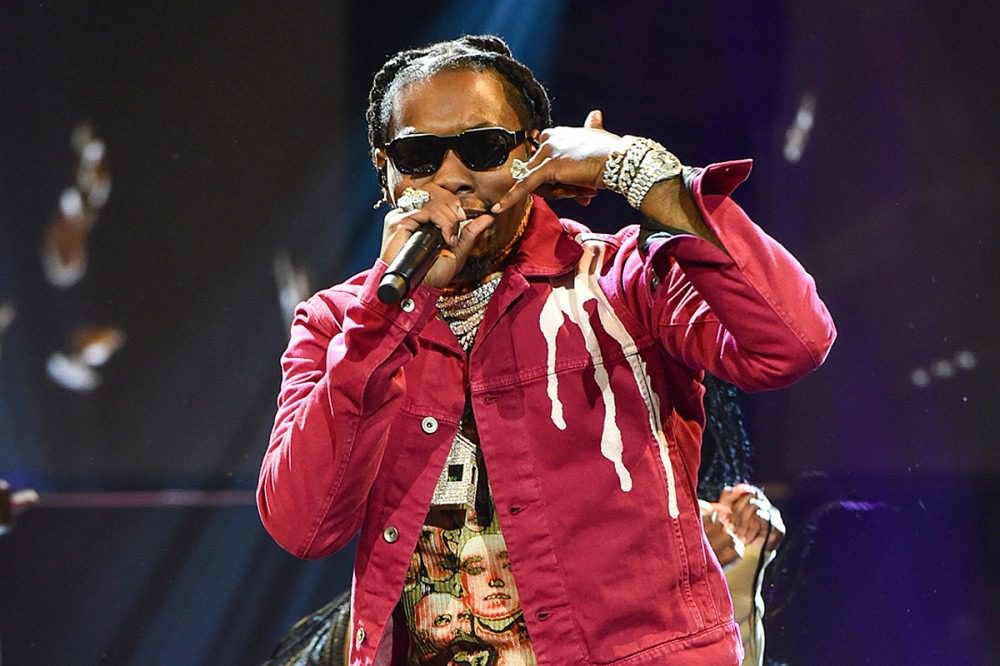 Despite Cardi B filing for a divorce from her husband Offset on Tuesday (Sept. 15), the Migos member is letting it be known that his music grind doesn't stop.

Yesterday (Sept. 16), the Atlanta rapper teased some new music via Instagram. While it's unclear when the song will drop, it looks like the record is titled "I Want That Cash Now." The track features base heavy drums and alluring synths.

"I want that cash now (Cash), I do not want it later (Want it now)/She got her ass out, got ass shots, her body look greater (Bad)/I done near passed out, sipping on wok with a pecolator (Wok)/We do not cuff a thot, we put em on plots then bust your tater (Tater)/SVG, grey and black (Skrr), Oakland Raiders (Rams)/I'm on craps, I made a hundred racks, in Vegas (Racks)/I got X, I got molly, pick one like the Matrix (Pick one)/She a pest, but that sloppy toppy get too messy (Messy)," he raps on the beginning of the D.A. Got That Dope-produced song.

The snippet, which is also a short visual teaser, features what looks like Offset's 2-year-old daughter Kulture, whom he shares with Cardi B.

Offset hasn't released any solo music since he dropped off his album Father of Four back in February of last year. That LP, which features his four children on the cover artwork, contains guest appearances from J. Cole, Gunna, Quavo, Gucci Mane, Travis Scott and more. It also holds his cut "Clout" with Cardi.

Check out the snippet of Offset's new song below.