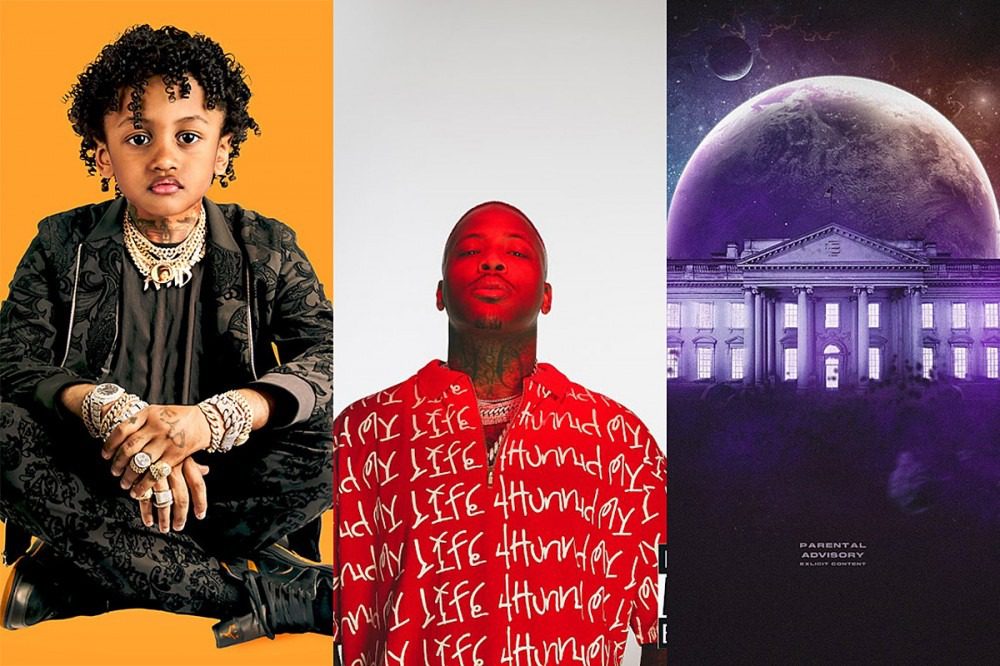 The year is already ten months in and although the world is still amid much uncertainty with the coronavirus pandemic, the music is still coming and the bangers are still hitting. In September, Big Sean dropped off his chart-topping Detroit 2, which is the follow-up to his 2012 Detroit mixtape. That same day, 6ix9ine released his first album since being freed from prison after completing the remainder of his federal sentence on house arrest. TattlesTales battled it out with Sean Don's effort and landed at No. 4 on the Billboard 200. There were also offerings from YoungBoy Never Broke Again (Top), Conway The Machine (From King to a God), Lil Tecca (Virgo World) and Collective Music Group (CMG)'s Moneybagg Yo and Blac Youngsta teamed up for Code Red.

As October slides on in, there are a number of projects, albums, mixtapes and EPs to look forward to. Among those are YG's My Life 4Hunnid, which arrives on Oct. 2. Following up his 2019 effort, 4Real 4Real, the Compton native is adding a fifth album to his catalog. While the tracklist and guest appearances haven't been revealed just yet, the album will likely feature the 4Hunnid Records founder's track "Swag," which contains his laidback, West Coast flow. Before this, YG delivered Stay Dangerous (2018), Still Brazy (2016) and his debut My Krazy Life in 2014.

A few weeks after YG's album is released, Joyner Lucas will deliver his LP Evolution. The album suffered a minor delay, as it was supposed to drop on Sept. 18. On Sept. 15, the Massachusetts rapper revealed via Instagram that the album will drop nearly a month later on Oct. 16. "EVOLUTION is finished and completed," he wrote in the post. "There are several records with samples that couldn’t be cleared in time and won’t be cleared until oct. I promise you on my life that if I don’t receive the clearances I’m dropping this shit regardless." Joyner's latest work comes after his first studio album, ADHD, which dropped back in March.

Helping to close out the month, Eric Bellinger is releasing the third coming to his Eric B for President EP series. The crooner and frequent hip-hop collaborator will be releasing Eric B for President: Term 3 on Oct. 30. On the project, fans can expect nine tracks in total, including one bonus song. The first single, "Flotus," is an uptempo vibe that serves as a proper introduction for the coming records. Prior to this release, the second installment dropped in 2017 and the initial effort in 2016. The Grammy award-winning artist has been dropping music consistently since his first mixtape, Born II Sing Vol. 1, arrived back in 2013.