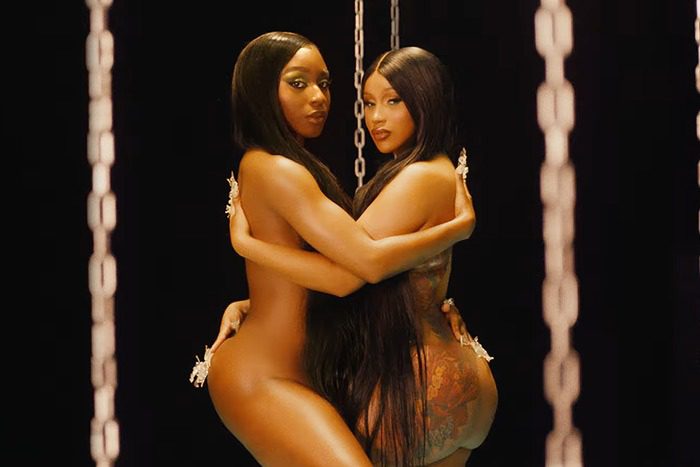 Just in time for summer, the former Fifth Harmony singer takes it to the “Wild Side” on her new single featuring Cardi B. The sexually-empowering anthem, co-produced by Starrah and Jonah Christian, pays homage to ’90s R&B with a sample of Aaliyah’s “One in a Million.”

Normani turns up the heat on the seductive bop. “Take me for a ride, boy / Show me your wild side, boy / Know it’s been a while, boy / I wanna get wild,” she sings, while Cardi comes through with a nasty verse (“I can do it all / I can probably suck a watermelon through a straw”).

In the video, directed by Tanu Muino (“Up”), Normani shows out with her sexy moves and stunning looks before getting up close and naked with a pregnant Cardi in one very steamy scene.

“I feel like this is Normani’s big comeback and I want you guys to treat it like it’s her birthday,” said Cardi. “This song is amazing and I’m just so proud of her. You guys are gonna see Normani in a different light.”

Fans have been anxiously awaiting new music from Normani, whose last single “Motivation” was released in August 2019. She is now readying her long-awaited solo debut album.