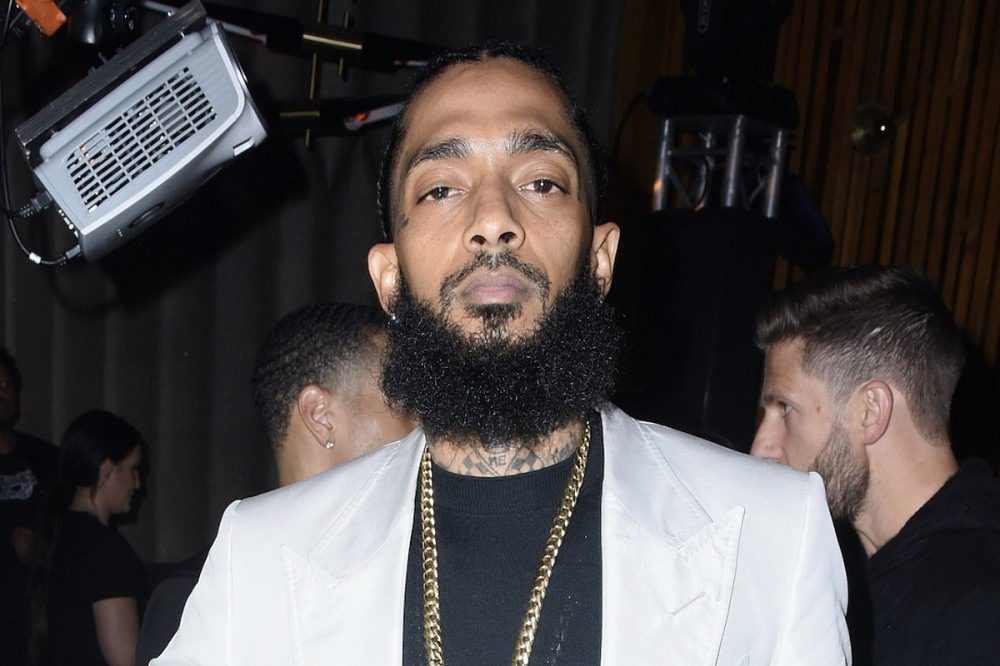 Nipsey Hussle's estate has filed a trademark lawsuit against the Crips organization.

According to legal documents obtained by XXL on Tuesday (Oct. 13), Nipsey's brother, Blacc Sam, the administrator of the late rapper's estate, filed a legal complaint against the Crips, LLC—otherwise known as the Crips street gang—on Saturday (Oct. 10) over the rights to "The Marathon Continues" slogan.

The documents state that Blacc Sam, listed by his government name Samiel Asghedom, has a trademark for The Marathon Clothing for shirts, T-shirts, sweaters, beanies, hats, sweatsuits, varsity jackets, pants and socks. The trademark filling date was Dec. 28, 2014 and the registration date is March 15, 2016.

In the lawsuit, Asghedom has accused the organization of filing trademarks in May of 2019, for the name "The Marathon Continues" to be used for "arranging and conducting youth sports programs; Concert booking; developing educational manuals for others in the field of community organizing, gang prevention, gang intervention," as well as entertainment services, music services and more. That same month, Nipsey's brother filed a trademark to use the slogan for apparel, education and entertainment services. Tia Hollis is named as the
managing member of Crips in the lawsuit.

Then, in September of 2019, Crips, LLC filed another trademark for ownership of the "The Marathon Continues" slogan to use on hooded sweatshirts, shirts, shorts, T-shirts and jogging pants.

Nipsey Hussle was shot and killed outside of his Marathon clothing store in the Crenshaw Plaza in Los Angeles on March 31, 2019. He was 33. This means that the Crips' initial filing was two months after the late 2010 XXL Freshman's passing.

Back in June, Nipsey's family was reportedly "frustrated" over the looming trademark dispute. Apparently, the Crips agreed to abandon their attempts to trademark the slogan "The Marathon Continues" last year, but that never happened. As a result, legal action was taken against Crips, LLC. The organization apologized in a statement last July as well.

"There will absolutely be no trademark legal battle between their organization and Blacc Sam, brother of the late Nipsey Hussle," William King Hollis, the corporate communications director for the Crips, LLC said. They also said the Crips "respectively vow to support the wishes of Lauren London and the Asghedom family."

"We are deeply sorry for any disruptions and melee that the trademark acquisition may have caused to his family, friends and fans," the statement continued. "We realize that our actions may have been offensive and we have reached out to his family, respectively Nip's sister, Samantha Smith."

Nipsey's estate is seeking monetary damages as well as a judgement that will order the organization to destroy any of the merchandise using the trademarked slogan. They are also requesting compensation for expenses used to debunk public confusion caused by the Crips organization using the Victory Lap artist's trademarked phrase.