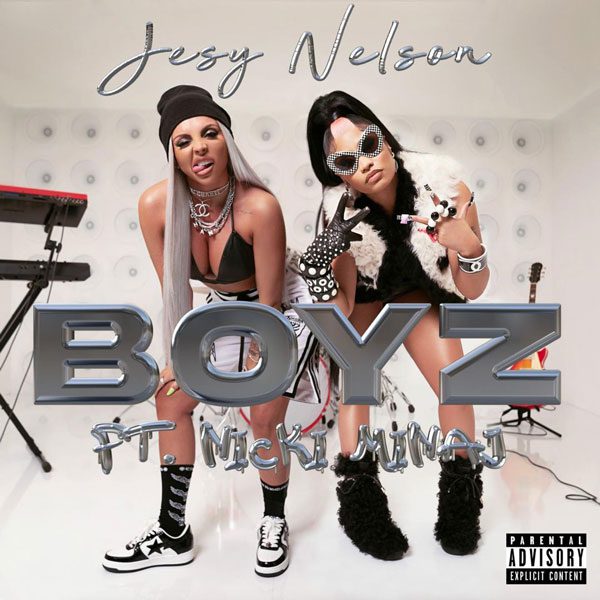 The U.K. baddie and the Barbie once again prove to be a formidable duo on the nostalgic track, which samples Diddy’s 2001 anthem “Bad Boy for Life.” They also remake the 2001 music video, complete with a cameo from the Bad Boy icon himself.

Nicki shouts out Puff Daddy & The Family on her verse. “Bad bitches want a Bad Boy / Word to Biggie, Diddy, and Ma$e,” she raps. “Whoa like Rob, won’t find a prettier face / He gon’ keep my VVS’s dancin’ like Total / So I could just Shyne while he shoot up the place.”

The Queen previously collaborated with Jesy on Little Mix’s 2018 single “Woman Like Me.”

“Boyz” marks a new chapter for Jesy, who left Little Mix in December 2020. “The truth is recently being in the band has really taken a toll on my mental health,” she said upon her departure from the group. “I find the constant pressure of being in a girl group and living up to expectations very hard.”

This is the first music from Nicki since BIA’s “Whole Lotta Money (Remix)” in July.

Earlier tonight, Nicki joined Andy Cohen to co-host Bravo’s “Real Housewives of Potomac” reunion special. “It’s the Reunion I could never get away with! At the end of ours, tonight @nickiminaj surprised the #RHOP and did her own thing! #AndyConda,” Andy wrote on Instagram.