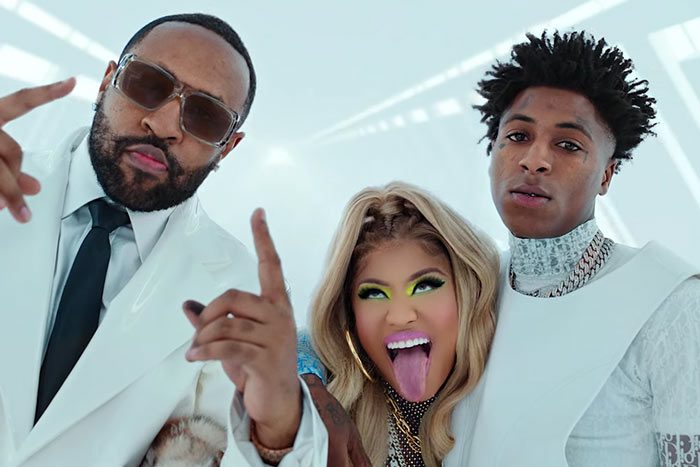 After much anticipation, Nicki Minaj teams up with YoungBoy Never Broke Again on “What That Speed Bout!?,” the first single off Mike WiLL Made-It’s upcoming album.

On the menacing banger, the rap queen comes through with another knockout verse. “This that pretty little joint from the Southside / F**k a quarantine, all my ni**as outside,” she raps.

In addition to the song, they have dropped a futuristic video, which was shot while Nicki was still pregnant with her son.

Mike WiLL Made-It previously collaborated with the new mom on tracks including “Rake It Up,” “Black Barbies,” “Runnin,” and “Good Form.”