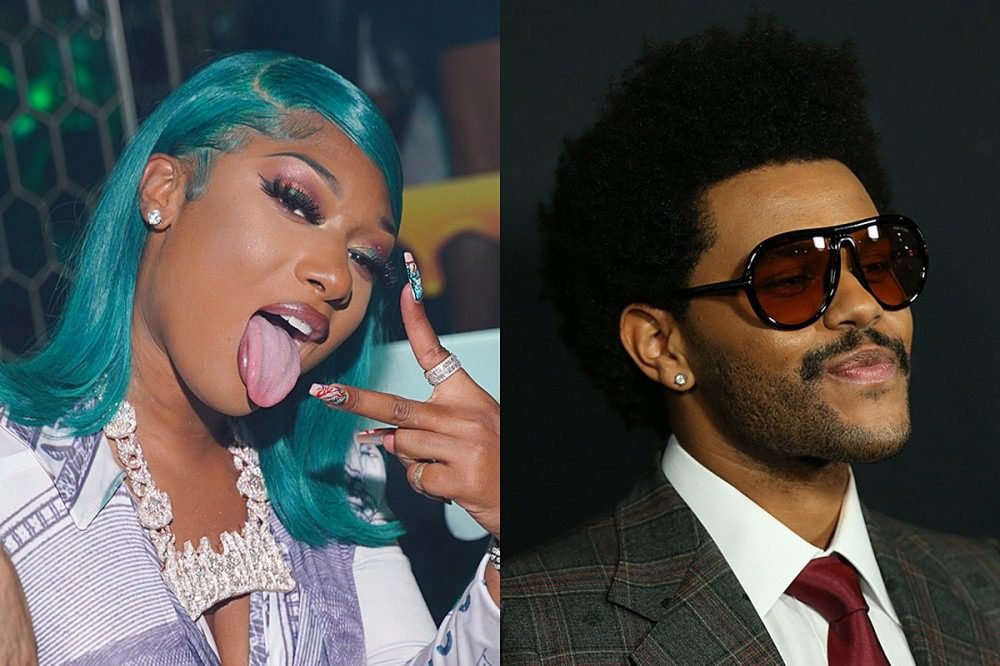 Megan Thee Stallion and The Weeknd have been deemed two of the most influential people this year.

Yesterday (Sept. 22), Time magazine unveiled their 100 Most Influential Influential People issue. Not only have Megan and the Canadian crooner made the list, but they also have their own respective covers.

The Hot Girl's excerpt in the publication was written by actress Taraji P. Henson. "I remember hearing Megan Thee Stallion on one of those famous DJ radio shows a few years ago," Henson wrote. "She rode the beat like I’d never heard anybody ride the beat in a long time—and I’m a hip-hop head. There was something about this woman. Once you discover her, you become a fan. I don’t like to put the stigma of the word strong on Black women because I think it dehumanizes us, but she has strength—strength through vulnerability. She’s lost much of her family—her mother, her father, her grandmother—yet she is the epitome of tenacity, of pulling herself up by her bootstraps."

Megan celebrated the feat on her Instagram page, reposting her cover for the latest issue. "STILL I RISE 🖤 YOUNG BLACK WOMAN FROM HOUSTON TEXAS ON THE COVER OF TIME MAGAZINE AS ONE OF THE MOST INFLUENTIAL PEOPLE IN THE WORLD 🌎," she said in the caption. The Houston native's cover shot features her wearing a floor-length gold gown with a long braid levitating in the air.

As for The Weeknd, his writeup was penned by the iconic Sir Elton John. "This year, I met Abel Tesfaye, who performs as The Weeknd, at an Oscars party," the legendary singer-songwriter said of the XO artist. "He said I would be excited when I heard his new album, After Hours, but didn’t tell me why. That seemed to sum him up. He’s a mysterious figure in an era when mystery is rare in pop. And you never know what to expect next. He plays with personae in his music and presentation: on the After Hours cover, he’s dripping in blood; you’re never sure if he’s singing about himself, or if he’s in character. He’s got an incredible imagination."

The "Blinding Lights" singer dons box braids on his cover photo, while wearing a navy blue fleece jacket and gold rimmed glasses in another. He also acknowledged the accomplishment by reposting his Time magazine cover photos. In the caption, he simply thanked Elton John.

Congratulations to Megan Thee Stallion and The Weeknd.

See 25 Things Rappers Are Cooler Than