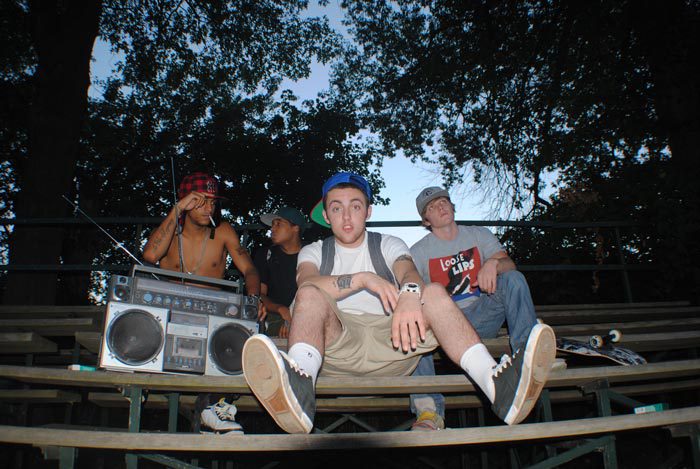 A decade after its release, Mac Miller’s breakout mixtape K.I.D.S. is available on streaming services for the first time ever.

The 16-track project introduced an 18-year-old Mac to the world, with standouts such as “Kool Aid & Frozen Pizza,” “Nikes on My Feet,” and “Knock Knock.” Along with the mixtape comes a collection of never-before-seen images of the late rapper by Rex Arrow, with whom Miller collaborated on his most iconic videos throughout his career.

K.I.D.S. is available to stream now.

K.I.D.S. marked Miller’s first release with Rostrum Records, which was followed by 2011’s Best Day Ever, his chart-topping 2011 debut Blue Slide Park, his 2012 mixtape Macadelic, and 2013 sophomore album Watching Movies With the Sound Off, his final release for the label.

In January, Mac’s family released his posthumous album, Circles, which debuted at No. 3 on the Billboard 200.