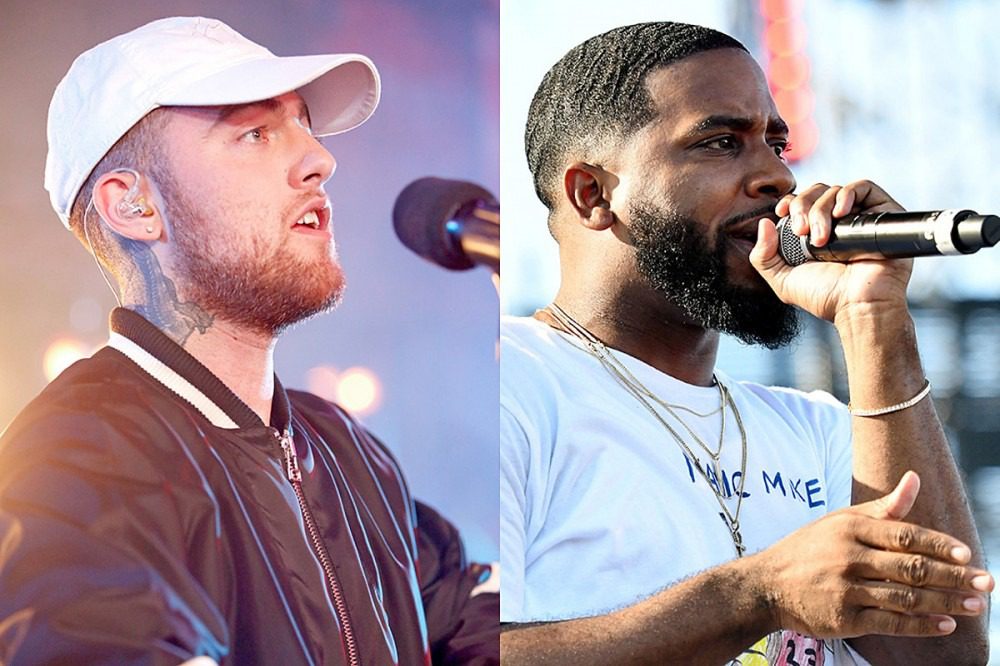 Mac Miller fans are upset after a name-drop on a new song appears to comes across as disrespectful.

On Friday (Oct. 9), Mac's supporters woke up to Reason's new track "Fall," from his debut album, New Beginnings. The 30-year-old rapper mentions Mac and seemingly makes remarks connecting to his passing due to a drug overdose in 2018.

The Top Dawg Entertainment rhymer shares his perspective on entertainers vying to get into the music industry and the challenges they face in the song. While the song's message speaks to protecting yourself, his lyrics about Mac Miller have rubbed many fans the wrong way.

"Look, you said you wanna be an artist/Well, we gon' turn you to an addict/Get rid of the niggas that you got on with/Then give you the tools to dig your own shit/Surround you with some wack niggas/Some yes men that's gon' tell you that your raps iller/A couple cars, some jewelry, make your stacks bigger/Then one day you could become the next Mac Miller/Here's your chance, nigga, sign here," Reason rhymes over the Nabeyin and SmokeyGotBeatz-produced track.

Fans assume Reason is referencing Mac Miller's accidental overdose in his San Fernando Valley home in California on Sept. 7, 2018, and his struggles with drug addiction. One Twitter user called out the Carson, Calif. artist saying his mention of Mac is why music listeners don't respect him.

"REASON unnecessarily dropping wack bars naming Logic, Mac Miller etc. is why he's not respected as much as his music should," the person wrote on Twitter.

Another person attempted to rationalize the use of the "Self Care" rapper's story.

"Reason dropped a great cautionary tale about yes men hurting people. The point would've been well received w/out mentioning Mac Miller. Now that people's attention is on "defending Mac," the fan tweeted. "The yes men lesson will get lost in the dialogue. Tact is crucial, he didn't use enough of it."

The backlash about Reason's latest name-drop comes after the young rhymer dissed Logic on the song "The Soul (Pt. 2). On the recently released track, Reason raps, "Niggas pronounce my name wrong, tell me that I ain't did much/See y'all mistake my name for Logic's, y'all got me fucked up."

Logic later responded to the diss, claiming to not know who Reason is.

Check out the other fan reactions to Reason naming Mac Miller on the song "Fall" below.

If you haven't heard Reason's "Fall," you can take a listen below.