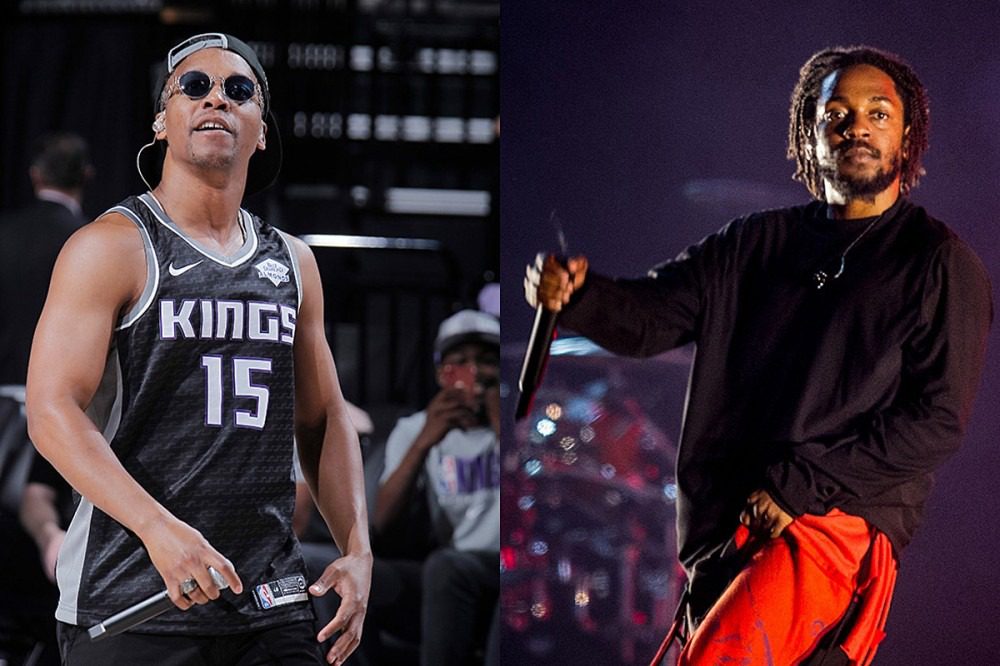 Lupe Fiasco is letting fans in on who he thinks is the better spitter between himself and Kendrick Lamar.

On Monday afternoon (Sept. 21), a discussion took place on Twitter centered around which of the two is better with the pen. In a now-deleted tweet, which was in response to what appears to be a fan Twitter page asking who is the better lyricist—K.Dot or Lupe—the Chicago MC wrote, "Lupe but…"

Kxng Crooked posed the question again, "So aight then let’s settle it.. Kendrick or Lupe?." The House rapper replied, "You are making it worse ahki…," including an emoji of a man palming his fact. Shortly after, the former 2007 XXL Freshman shared his candid thoughts on the topic.

"In my own words…once again for you bitches…I love me some KDot…always have always will. With that said do think I he’s a good lyricist?," he writes. "Yes. Do I think he’s the best lyricist? No. Do I think it’s lyricists that are better than him? Yes. Is he a better artist than me? Yes."

The veteran rhymer then reiterated that he believes he's better than Kendrick. "Is he a better lyricist than me?," he says before answering his own question. "No. Does he make better songs than me? Yes. Did I think control was ridicule? No. Am jealous of Kdot? No. Did I personally give him his props in chicago on stage as the next nigga to take the crown? YES. Is It on camera? Yes. Did I mean it? Yes."

After concluding his opinion on the social media debate, Lupe shared that he'll be dipping his toe in the trap music game, thanks to Lil Uzi Vert and Travis Scott.

"I’ll be making & releasing trap music for the next couple months," he adds. "Shout to @trvisXX @LILUZIVERT and others for the inspiration. I felt like picking up a new hobby and area of rap that i never really took serious serious but I’ve been studying and making sketches #TAPETAPE."

Although Kendrick hasn't entered the chat, Top Dawg Entertainment's president Punch did and laughed. "Lol.," he wrote in response to Lupe's deleted tweet.

In 2018, Lupe spoke on Kendrick Lamar's rap skills and said he isn't a "top tier" rapper. After catching heat, he apologized. Maybe the two XXL Freshmen can battle it out on a track one day?