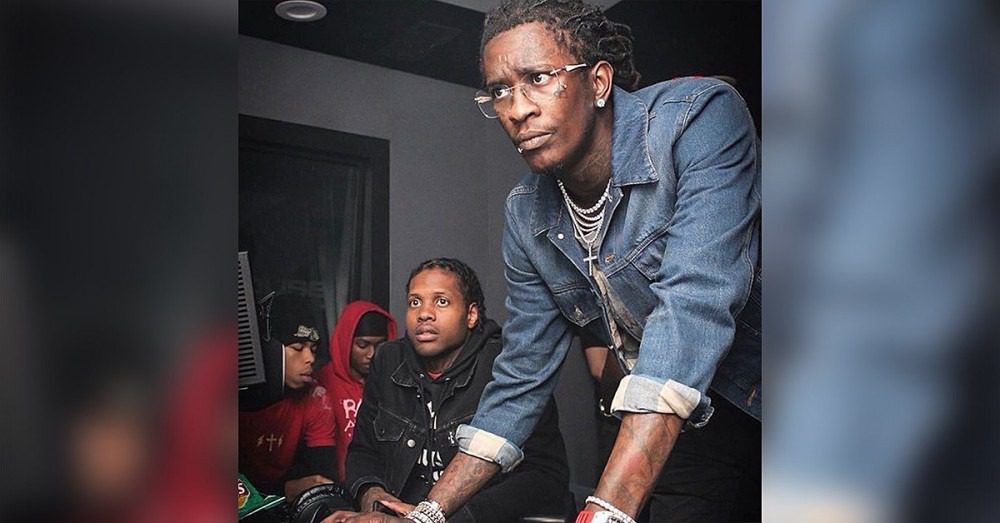 About two years ago, Lil Durk and Young Thug seemingly entered the meme Hall of Fame after a picture of the two rappers began circulating online. In the photo, Thugger and Durk are looking at a computer screen rather intently. Over the weekend, the Chicago rhymer told a fan what Thug was showing him that day.

Last Thursday (Sept. 17), a Twitter user revisited the meme of Young Thug and Durkio. The fan actually made a side-by-side image including the famous meme and a still shot of Durk from the video for his track "Laugh Now Cry Later" with Drake, suggesting that what Thugger showed Durk in the picture helped him land a feature on a Drizzy track. "Whatever he showed Durk this night made that nxgga evolve. 😂😂😂," the tweet said. The next day, the rhymer replied to the fan and said, "He showed me 20million."

Back when the image first surfaced on the internet, it was assumed that the "Party" collaborators were reviewing vocals on the computer, as was said by Young Thug's longtime engineer Alex Tumay. "Thug knows how to work pro tools pretty well," Alex said when a Twitter user asked for a backstory on the photo. "Probably automating volume or arranging vocals. Also *Durk."

While it's uncertain if Durk was merely trolling with his response, the meme itself has been the source of much laughter for folks on social media.

One Twitter user likened the photo to "When your mom told you to get off the internet because she was expecting a call."

Another said, "I believe that Young Thug could effectively lead our country thru a national crisis off the strength of this photo alone."

The true story behind the photo remains a mystery, but it's still pretty hilarious, even two years later.