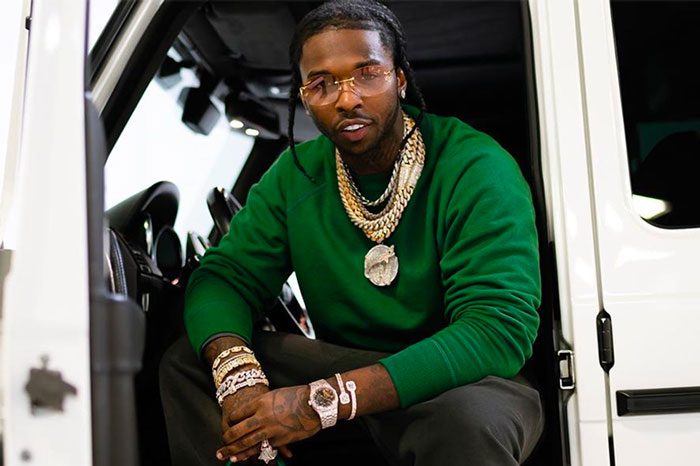 The drill track is classic Pop with his bass-baritone. “I make it rain on whoever / I’ll make it rain that woo weather,” he raps on the hook. “Bitch, I’m a dog, a Blue Devil / I got the hoes like High Hefner.”

Pop’s posthumous album was originally set to drop June 12, but has been pushed to July 3. “Given recent events, we have decided to delay the release of his album out of respect for the movement,” said his manager Steven Victor.

50 Cent previously announced that he would be involved in the project and was calling on big names including Drake, Chris Brown, Post Malone, and Roddy Ricch.

Pop Smoke was shot and killed during a home invasion at his Hollywood Hills residence on Feb. 19. Prior to his death, he released his mixtape Meet the Woo 2. There are also plans to release a documentary on his life and launch a foundation in his honor.