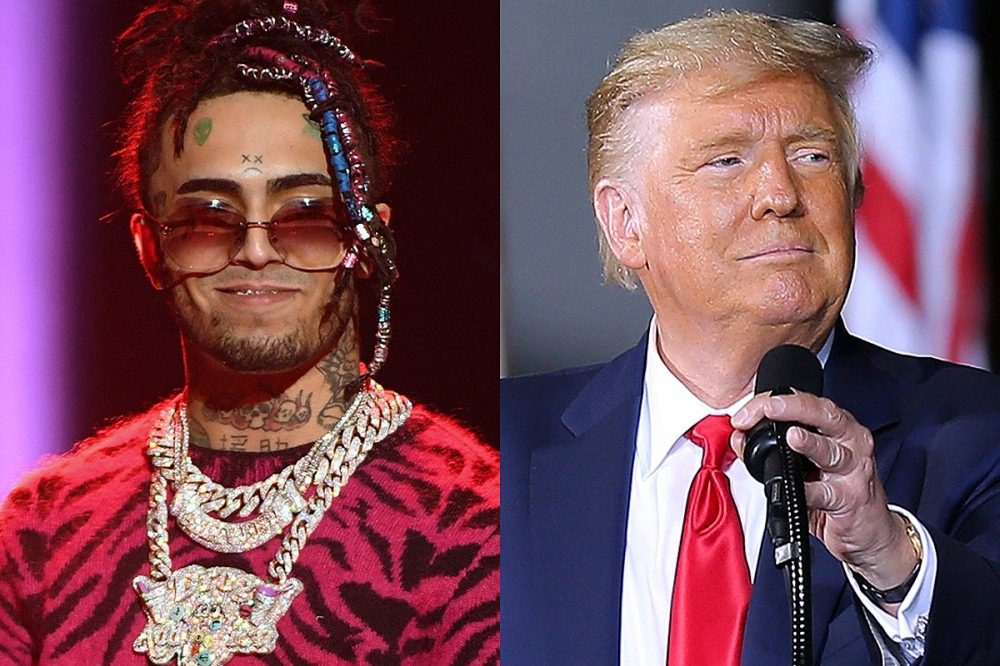 Lil Pump is getting roasted on Twitter after showing support for President Trump.

Late Sunday night (Oct. 25), Pump posted a video on his Instagram Story, in which he reveals that he'll be voting for Trump next month and why.

Hours after Lil Pump posted the Trump-supporting video, he shared what appears to be a photoshopped image of himself meeting the current president and shaking his hand. He captioned the photo, "THE DAY I MET TRUMP #trump202022020."

The former 2018 XXL Freshman received major backlash after vocalizing that he'll be voting for Donald Trump on Election Day (Nov. 3).

"Man… If Lil Pump can influence your vote, I don’t know what at all to tell you," one person tweeted.

Another said, "Lil Pump is voting for a man that has been targeting his people since the moment he got into office."

Lil Pump isn't the first rapper to side with Donald Trump in an effort to go against Biden's tax plan. Last week, 50 Cent endorsed Trump after criticizing the former vice president's potential tax plan. However, after ex-girlfriend Chelsea Handler offered to pay Fif's taxes and appears to have alluded to offering a sexual proposition if he changes his mind on who he's voting for, 50 Cent stepped back on his support for Trump.

See more reactions to Lil Pump announcing that he's voting for Trump below.